History > A Culture in Peril

A Culture in Peril

The Volga Germans have never received financial compensation for the loss of their property after their deportation in 1941, or for the psychological, spiritual, and emotional damages caused by the murder of their relatives. Their autonomous republic, villages and land have never been returned to them. Their traditional ways of life, language, and culture in Russia and Central Asia are all swiftly heading towards extinction. 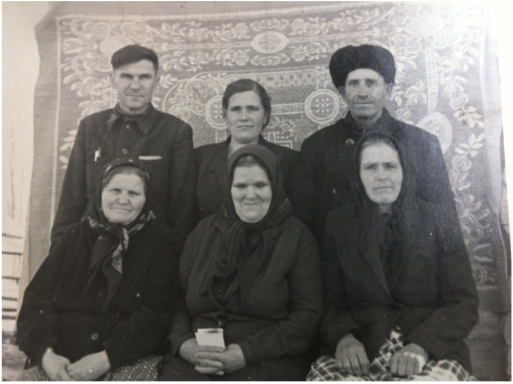 Members of the Weber, Gerlach, Miller, Lehl and Trout families from Norka who were living in Gonokhovo (Siberia) in 1980. Photograph courtesy of Marina Webber.
Noted historian Robert Conquest wrote:

By Stalin’s standards, these events may seem on a minor scale, a mere annex to the main structure of terror. The really significant point is that this time it was not individuals but whole nations that were purged.

Scholars such as Samuel Sinner and J. Otto Pohl go further and strongly argue that the deportation of the Volga Germans was an act of genocide, aimed at the destruction of an entire ethnic group. J. Otto Pohl describes the Soviet intent of the German deportation as follows:

The intent of Stalin’s mass deportation of the ethnic Germans of the USSR was to destroy them as viable ethnic communities. The Stalin regime sought to eliminate the various Russlanddeutsche minorities as culturally distinct groups. It sought to do this through a combination of physical extermination and forced assimilation. The Stalin regime carried out the physical extermination of a large percentage of the ethnic Germans of the USSR through the means of deportations and forced labor. The Soviet government deliberately deported the ethnic Germans in their entirety to areas known to have deadly living conditions. It then mobilized hundreds of thousands of these exiles into forced labor battalions and colonies collectively known as the labor army (trudarmiia). The poor material conditions in exile and the labor army inevitably led to massive mortality among the Germans. The Stalin regime intentionally inflicted conditions upon the ethnic German population of the USSR it knew would lead to its partial physical destruction. The deportations thus clearly fall under Article II C of the United Nations Convention on the Prevention and Punishment of the Crime of Genocide, “Deliberately inflicting on the group conditions of life calculated to bring about its physical destruction in whole or in
part.” In 1991, the Russian government publicly admitted that the deportation of the Russlanddeutschen and other peoples did indeed constitute genocide.

The Germans born on the Volga and their descendants are now dispersed around the globe. We mourn the loss of our ancestral homeland in Russia, and acknowledge that it will never return.

"Before to my ancestors I am gathered,
Even on the night before the grave,
Let my final exhortation be this:
Remain true, my Volga people,
To the earth of your home."

Pohl, J. Otto. "The Deportation and Destruction of the German Minority in the USSR." JOP (2004): Print.