The first group of settlers arrived in the colony of Norka on August 15, 1767 after a very difficult year of travel over sea, rivers, and land.

The founding of the colony was commemorated each subsequent August 15th as a public holiday which was known as Herkomst Tag (Founders' Day). 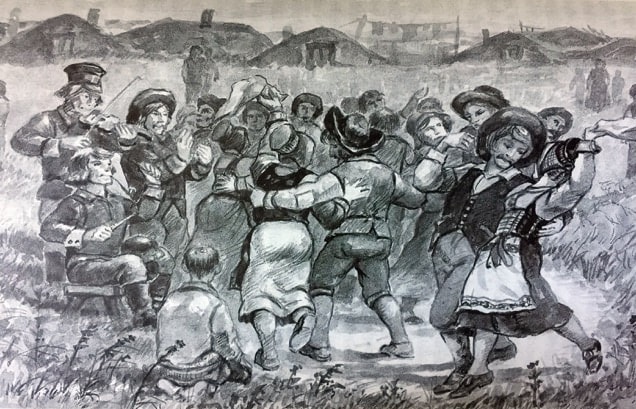