Most of the colonists arriving in Russia by sea first disembarked at Kronstadt where their documents were verified and customs inspections were made. Kronstadt was an island fortress designed to protect the sea lanes to St. Petersburg. From Kronstadt, the colonists were sent by oared boats, manned by Russian sailors, to Oranienbaum (now Lomonosov) on the mainland.

Upon arrival in Oranienbaum, a Russian official named Ivan Kulberg made lists of the colonists for the Chancery of Oversight of Foreigners. The lists were made for each ship arrival and generally included the date of arrival in Russia, the port of departure, who owned the ship, the name of the ship and the name of the captain. The colonists were each listed by name and usually grouped in families. Generally, their place or area of origin in Western Europe is provided along with their religion, age and occupation. The recording of this information is inconsistent from list to list and was dependent on the work of each of the Russian clerks who often had a poor understanding of the German language.

Igor Pleve has translated the ship lists for 1766 in his book titled Lists of Colonists to Russia in 1766: Reports by Ivan Kulberg. This book contains many of the families and individuals that would settle Norka nearly a year later. This book can be purchased from the American Historical Society of Germans from Russia. 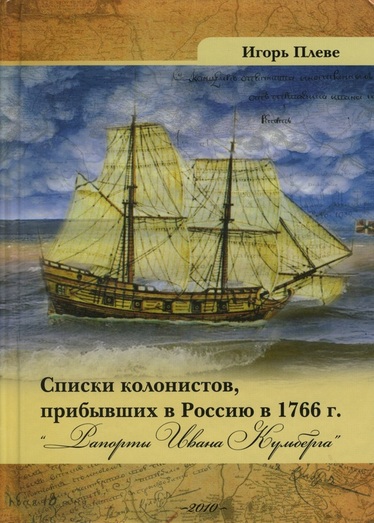