The wardrobe of the Volga Germans evolved the from clothing worn by the first settlers who had transitioned from a very different climate in Western Europe. The Volga region required new solutions to cope with scorching summer heat and frigid winters. The colonists learned from and adapted clothing worn by the Russians and other ethnic groups who lived near them. This resulted in hybrid solutions that maintained elements of their traditional clothing blended with a Russian flair. 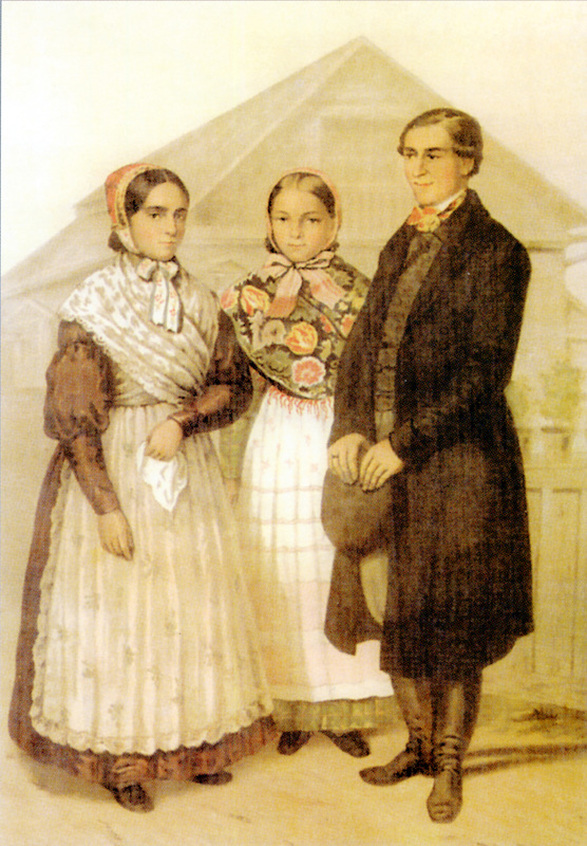 Volga German costume in the mid-1800s. Drawing from the 2005 Volga German calendar.
Males wore a plain loose shirt belted at the waist and worn over a pair of trousers. The shirt was customarily worn untucked. Most men wore a billed cap, which was replaced by a fur cap (often with ear flaps) in the winter. Calf high felt boots were also worn in the winter, but during the summer either leather boots were worn or the men would go barefoot.

Women typically wore a black or brown scarf and a loose-fitting smock, which might also have a sleeveless jumper (sarafan) worn over it.

Most colonists had a set of Sunday clothes that were only worn to church or on other special occasions. 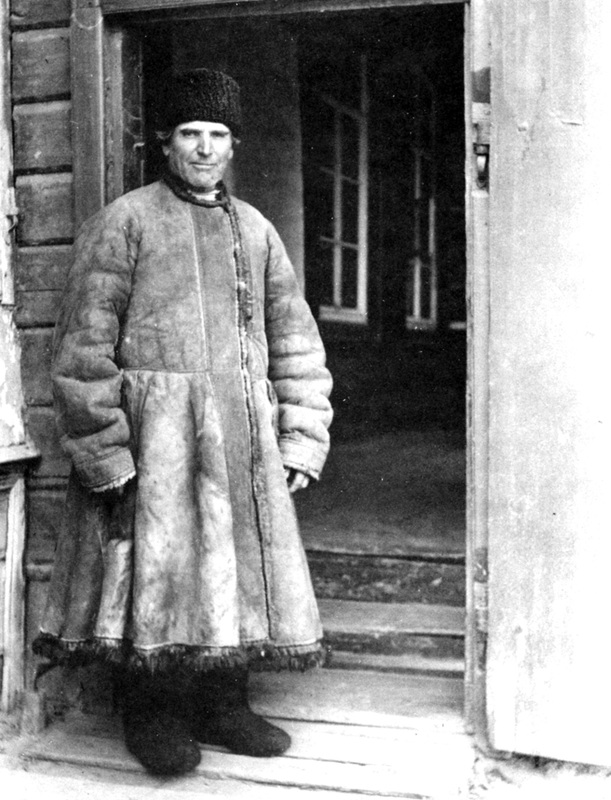 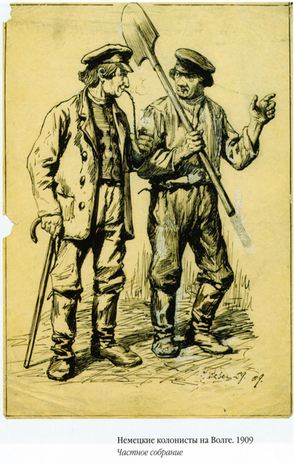 Drawing of Volga German colonists in 1909 by Jakob Weber 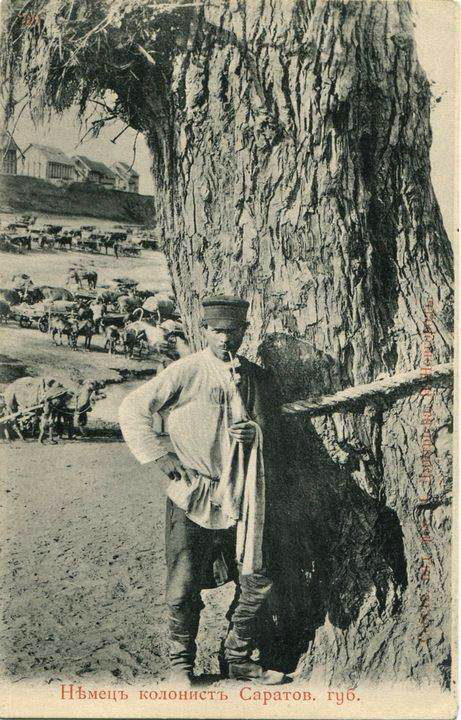 Postcard of a Volga German colonist near Saratov. 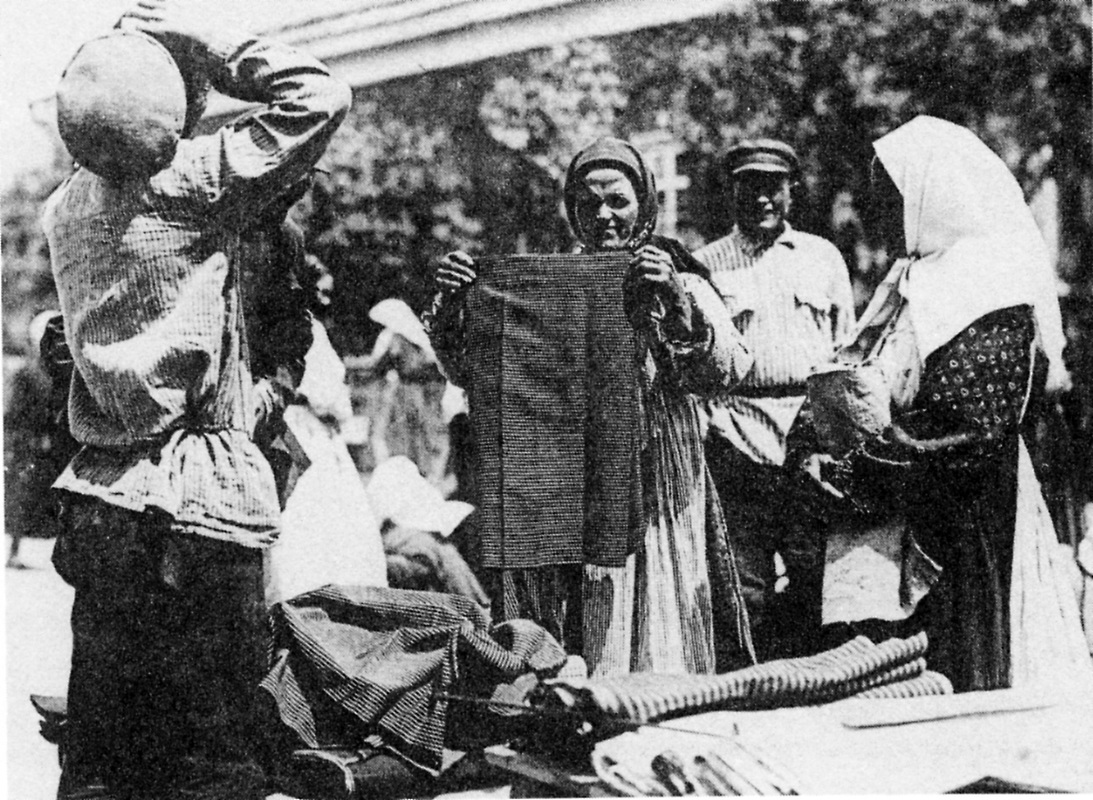 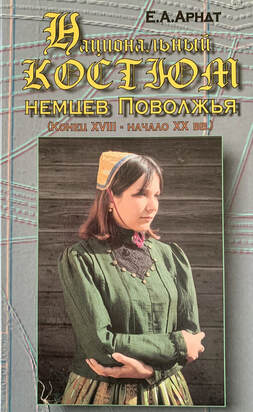 Cover of the book about Volga German clothing by Elena Arndt.
Long, James. From Privileged to Dispossessed. Lincoln, Nebraska: University of Nebraska, 1988. 264. Print.