The 1811 census (the 6th Revision of the Russian Census) was completed on August 24 of that year. This census was made to determine farmland allotments for the colony. Since farmland was allocated solely on the basis of the number of males in each household (the Mir system), no data on females was included. The census notes an increase from 846 males in the 1798 census to 1,137 in 1811. Population growth in Norka continued to accelerate from the 1811 census revision to the 1834 census revision, which again listed all family members as had been the case in 1767, 1775 and 1798.

At the time, the Vorsteher of the colony was Conrad Fink. The Beisitzer were Johann Heinrich Traudt and Johannes Fuchs. The village elders were: Johannes Bartel and Anton Eusel. Adam Reichert signed as a witness to the completion and authenticity of the census. 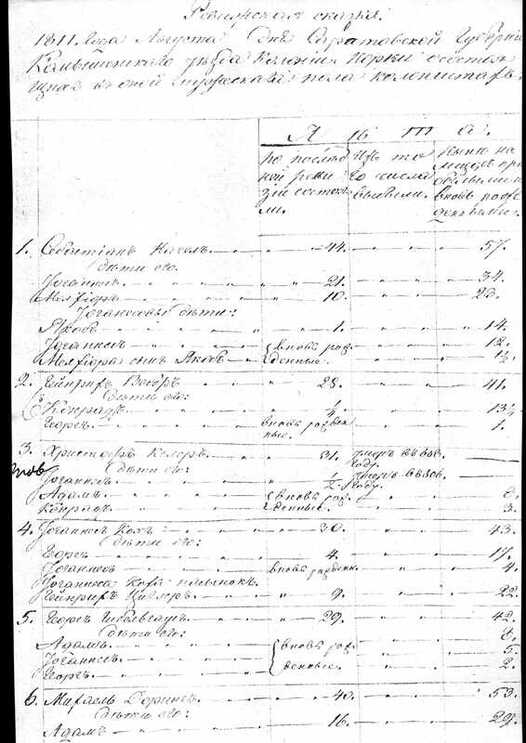 The first page of the 1811 Norka census. Courtesy of Steve Schreiber.