History > Journey to the Volga

This is the type of transport ship that would have been used at the time. This ships needed a narrow profile to fit through locks and a shallow draft for navigating the shallow Russian rivers. Source: Auswanderung deutscher Kolonisten nach Russland im Jahre 1766.
Volga German historian Jakob Dietz describes three routes taken by the colonists to the Lower Volga settlement areas. The earliest route went largely overland and deemed to be too difficult, time consuming and expensive. The second route was primarily on water and followed the Neva River into through the Schlüsselburg Canal (now known as the Ladoga Canal) which avoided entering the storm prone Lake Ladoga. The colonists then traveled down the Vohlkov River into Lake Ilmen. There was a portage to the headwaters of the Volga River near Tver and then a 1,100 miles voyage down river to Saratov.

​​A third route was used in 1766, the year that those who would settle in Norka were traveling to the lower Volga River area. The first part of the journey used the Mariinsky System which was intended over time to connect St. Petersburg on the Baltic Sea with Rybinsk on the upper Volga River. Work on this waterway began in 1709 under Peter the Great, but the full system was not complete in 1766. 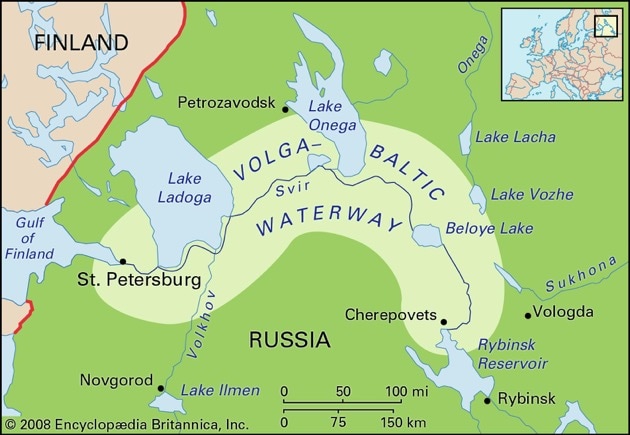 A map showing the current Volga-Baltic Waterway and the route followed by the Volga Geman colonists in 1766. Source: Encyclopaedia Britannica.
​This route also followed the Neva River upstream into the Schlüsselberg Canal which skirted the south shore of Lake Ladoga. From the canal they continued into the mouth of Sivr River and continued upstream to its headwaters at Lake Onega. The colonists then sailed out of Lake Onega into the Vytegra River and then down the Kovzha River to Beloye (White) Lake. 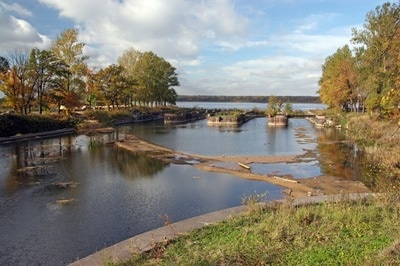 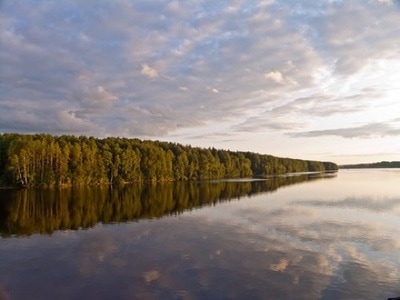 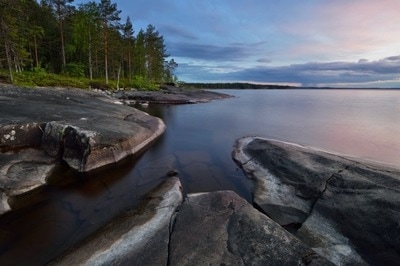 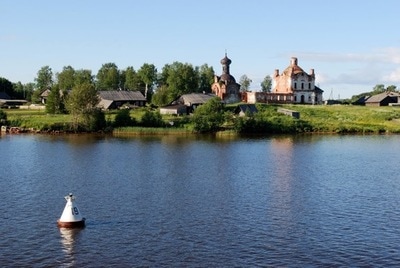 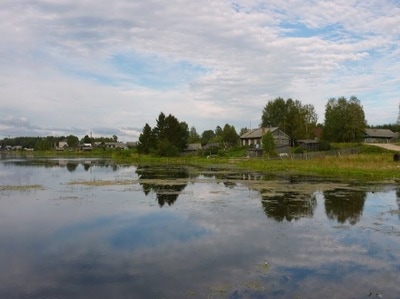 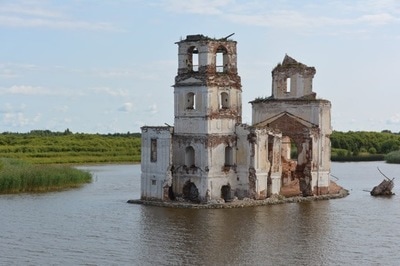 Church Ruin near the confluence of Lake Beloye and the Sheksna River. 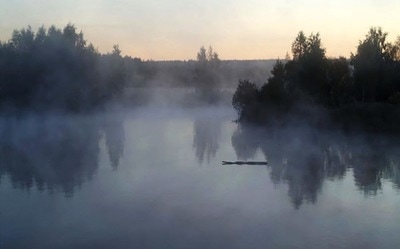 Sheksna River
At the time, there was probably a short overland portage between the Vytegra River and the Kovzha River (the two rivers are now joined by a canal). The portage was accomplished by horse drawn wagon. Women, children and baggage were loaded aboard the wagons and the able bodied men walked. 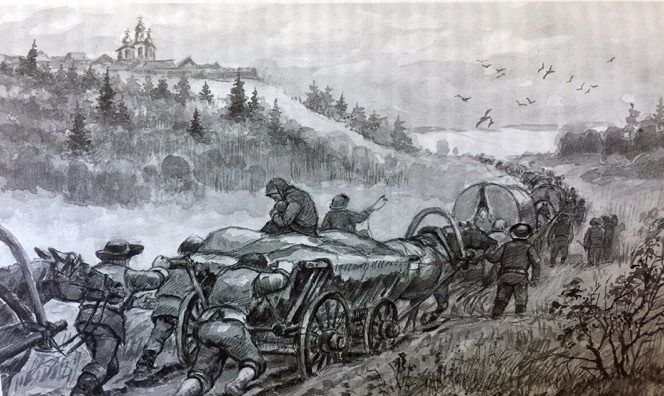 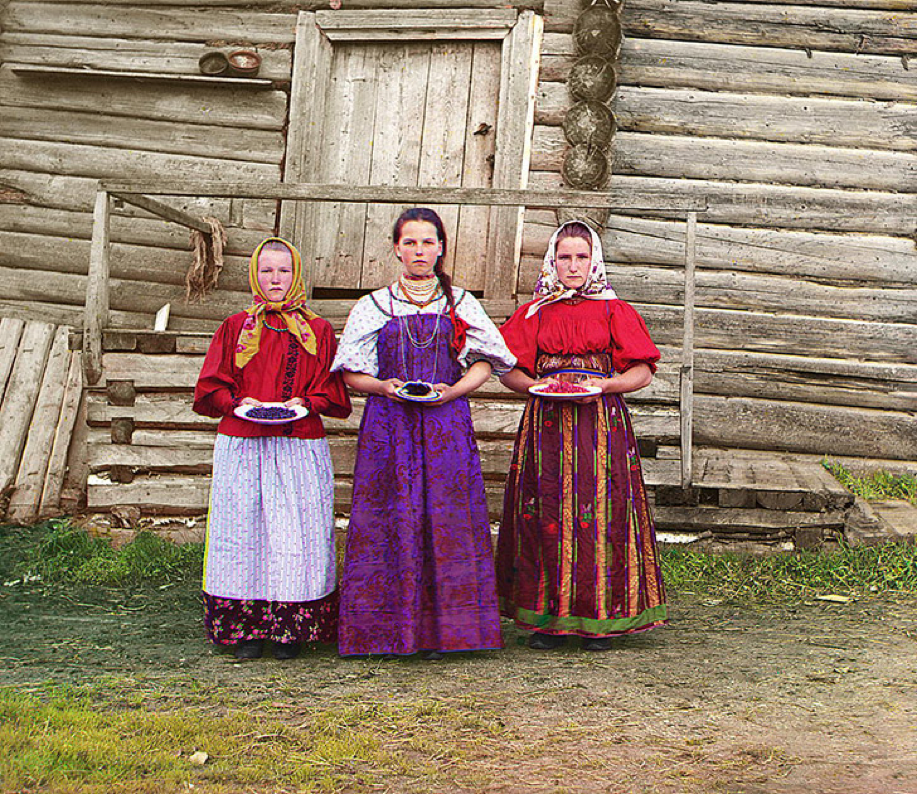 Photograph of Russian peasant girls living along the Sheksna River offering berries to visitors. Source: Library of Congress, LC-DIG-ppmsc-03984 (4)
The Russian government planned for winter quartering and paid local peasant families to shelter the colonists. The colonists used their travel allowance to buy food and supplies. This practice ensured a measure of hospitality for the colonists and an environment where they could learn more about Russian customs, foods and the language during their stay. 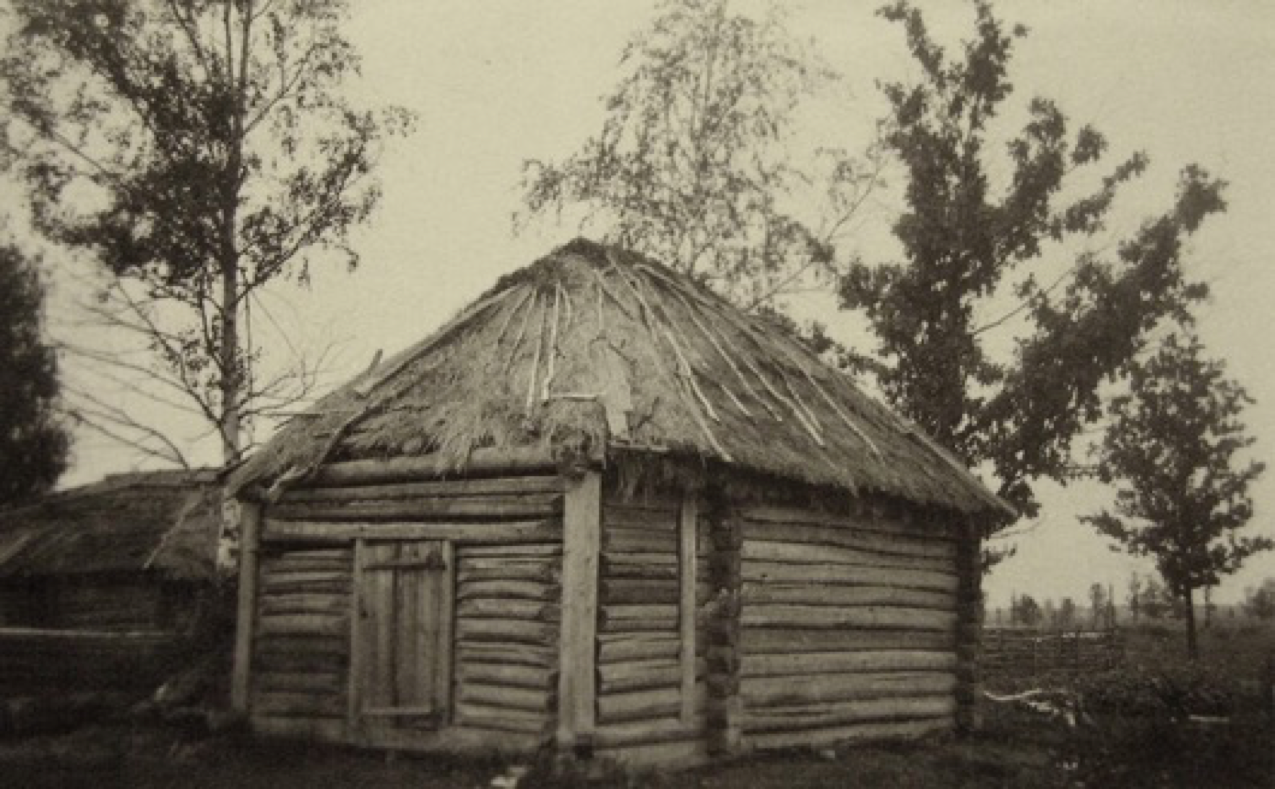 Photograph of a typical Russian peasant dwelling of the time.
In the spring, when the river was again navigable, the transport groups continued approximately 1,000 miles down the meandering Volga to the frontier town of Saratov passing through the old Russian heartland cities of Yaroslavl, Kostroma, Nizhny Novgorod, Kazan, Ulyanovsk, and Samara.

It is interesting to note that this route from the Gulf of Finland to the lower Volga was established by Viking traders over 1,000 years earlier. The Vikings traveled regularly between Scandinavia and the Caspian Sea to trade goods and slaves. Some historians believe that the Vikings are the ancestors of the Rus' - the earliest Russians. 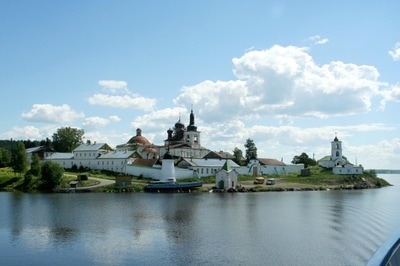 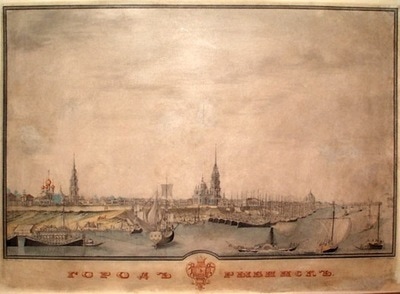 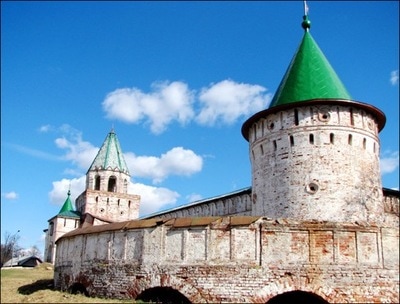 Kazan Kremlin
The days on the river must have seemed endless as they drifted mile after mile. The trip down the Volga was difficult and large numbers of adults and children died along the way. The dead were taken to shore and quickly buried while relatives erected a improvised cross above the grave. Time was of the essence because they feared the groups of bandits hiding in the forests along the Volga. Of the Volga bandits, Karl Marx wrote in 1917:

The Volga over its whole immense expanse was the run of the “thieving Cossacks,” whose deeds were sung and who were not regarded among the people as common robbers in the ordinary sense, for they operated on a grand scale. In their own songs they say of themselves: “We are not thieves, not bandits — we are good brave fellows.” 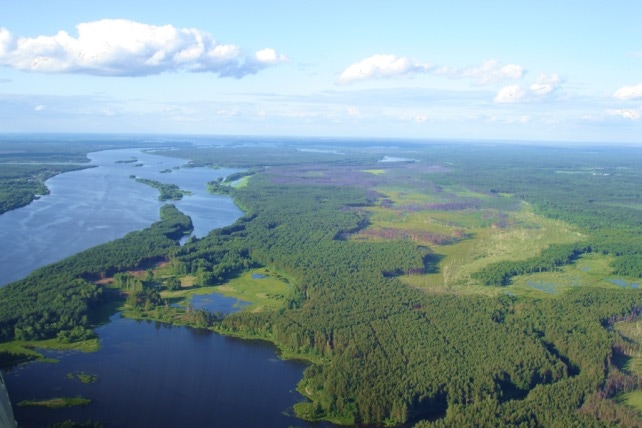 Sometime in summer of 1767, the transport group which comprised the core that would settle in Norka reached the river town of Saratov.

Saratov was established as a frontier fortress in 1590 by Tsar Feodor Ivanovich to maintain control of the Volga River and newly acquired territories. and was reportedly an unkempt, ramshackle town of about 10,000 residents in the 1760's. 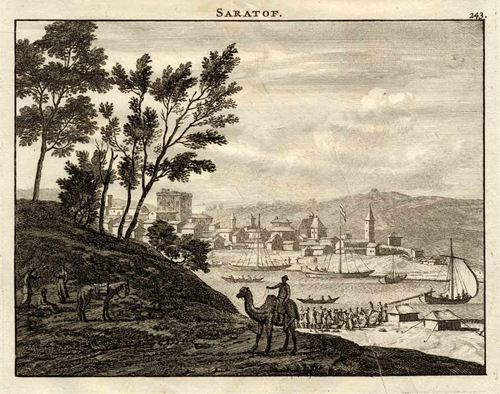 Copperplate engraving of "Saratov" from the 1718 book "Voyages de Corneille le Brun par la Moscovie, en Perse, et aux Indes Orientales", published in Amsterdam. Courtesy of Steve Schreiber.
On arrival in Saratov, the colonists were housed in 16 barracks which were completed in November 1765 at the orders of Count Grigory Orlov.  It is likely that the colonists stayed in Saratov for at least if week, if not longer.

Before departing for their settlement area, the Saratov Office for the Guardianship of Foreign Settlers (Kontora) provided each household with 25 rubles, a wagon, 21 feet of rope, two horses, a saddle, a harness, 35 feet of horse rein, and small tree trunks to be used for lumber. Many colonists also received one cow. The money, animals, supplies, and equipment were given to the colonists in the form of a loan and it was expected that the Russian government would be repaid.

After more than a year of very difficult travel, the colonists began the final 50 mile overland trek to their designated settlement area along the Norka River where they would found a new colony on August 15, 1767.  Over the preceding year, many colonists died and many children were born. For the survivors, a new life in Norka was about to begin.

Mai, Brent Alan. Transport of the Volga Germans from Oranienbaum to Colonies on the Volga 1766-1767. Lincoln, Neb.: American Historical Society of Germans from Russia, 1998. Print.

Pleve, I. R., and Richard R. Rye. The German Colonies on the Volga: The Second Half of the Eighteenth Century. Lincoln, Neb.: American Historical Society of Germans from Russia, 2001. Print.
Last updated February 7, 2021.