In recent years, a few memorials have been erected in Russia to remember those who suffered the deportation and repression that followed.
​
On August 26, 2011, recognizing the 70th anniversary of the deportation of the ethnic Germans, a monument to the "Russian-German Victims of Repression in the Soviet Union" was dedicated in the city of Engels, Russia, near the State Historical Archive of the Volga Germans. 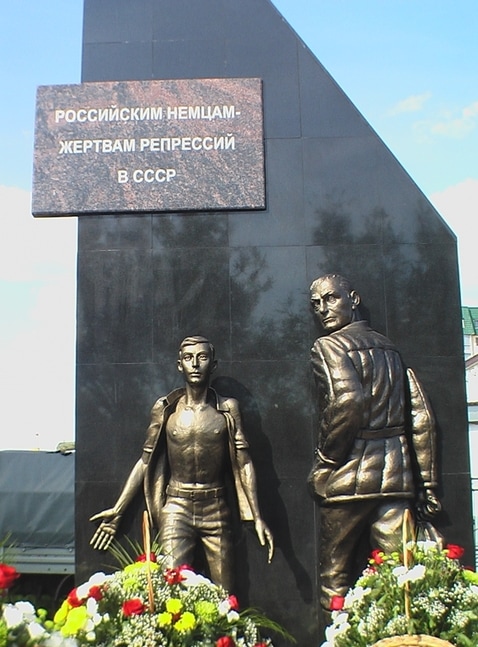 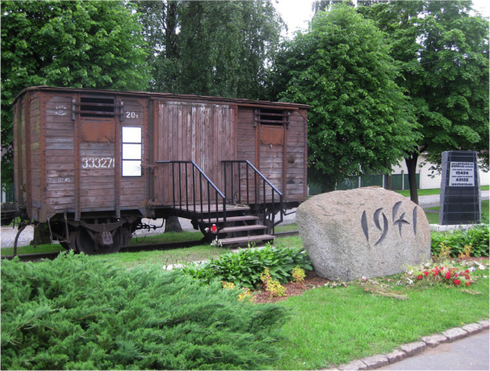 Memorial in Riga to remember the deported peoples of the Soviet Union. Source unknown.
Despite efforts to recognize the deportation, no compensation has been provided to the victims of these criminal acts and the broader world knows little about their fate. 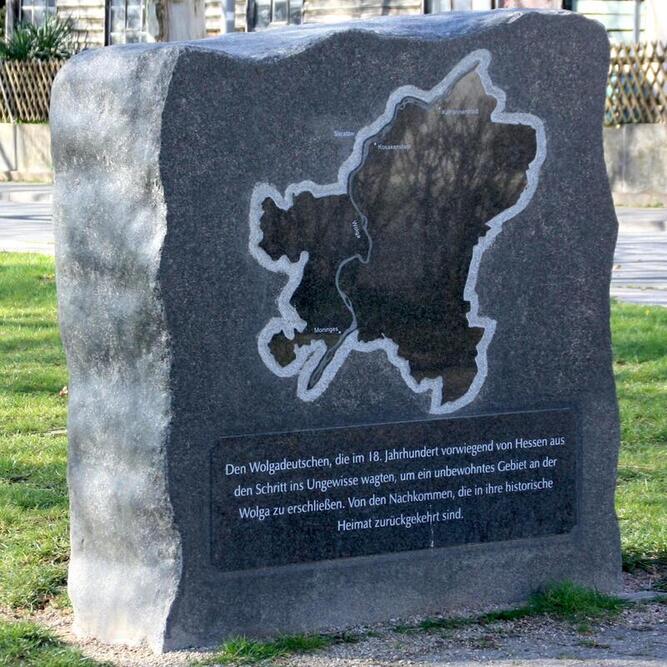 Stone in Biebrich, Germany remembering the Volga Germans who migrated to Russia in the 1700s and their descendants who returned to Germany in more recent times. Source: Wikimedia Commons.
Organizations such as the Jugendring der Russlandeutschen strive to keep the culture of the German Russians alive with young people. The video below was funded with assistance from the German government and portrays a visual connection between today and the past.
Last updated December 22, 2017.