The Rev. Friedrich Alexander Wacker was born in Kamyshin on April 8, 1886, the son of Volga German colonist Georg W. Wacker and Dorothea Reisich.  He married Clara (surname unknown) and attended high school and college in Astrakhan.  From 1909 to 1912, he was a theology student at the seminary in Dorpat (now Tartu Estonia).  He was ordained on November 3, 1913 and served the Norka parish from then until 1925.  He became dean of the parishes of the Bergseite colonies, theological director of the pastor’s seminary in Leningrad, and a member of the Moskauer Deutscher Oberkirchenrat.

On October 15, 1930, Rev. Wacker was arrested and exiled to the Dubinino Camp near Bratsk in East Siberia. Thanks to an intervention by the German Foreign Office, he was freed in 1933. However, Rev. Wacker was no longer permitted to serve as a pastor.  According to Joseph Schnurr, he was still alive in 1938. 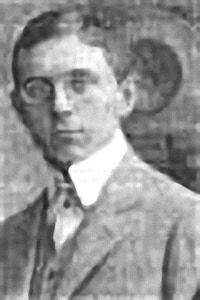 Rev. Wacker served as pastor in Norka during the severe famine that occurred in the early 1920s and wrote numerous letters during this time period that were subsequently published in the German language newspaper, Die Welt Post.  A collection of those letters, translated from German to English, are linked below:

Letter from Pastor Kluck mentioning Rev. Wacker's participation at a conference in Hussenbach