Emanuel Grunauer was born July 22, 1794 in Basel, Switzerland. He was the son of Abraham Grunauer, a pot caster, and Ursula Roth. He died April 1, 1850 in the colony of Messer. His first wife was Friedrike Sophie Heller. They were married November 7, 1820 in Sarepta, Russia. She was born September 4, 1800 in Sarepta, the daughter of Johann Adam Heller and Catharina Paulÿ. Her brother was Pastor Samuel Jakob Heller. She died in 1840 in Messer. Pastor Grunauer's second wife was Auguste Karoline Cattaneo whom he married on July 28, 1841 in Sarepta. She was born February 17, 1814 in Sarepta, the daughter of Thomas Cattaneo, a general store owner, and Helene Christine Neitz. Thomas Cattaneo's father was Pastor Johann Baptist Cattaneo. Auguste died on August 5, 1872 in Sarepta. 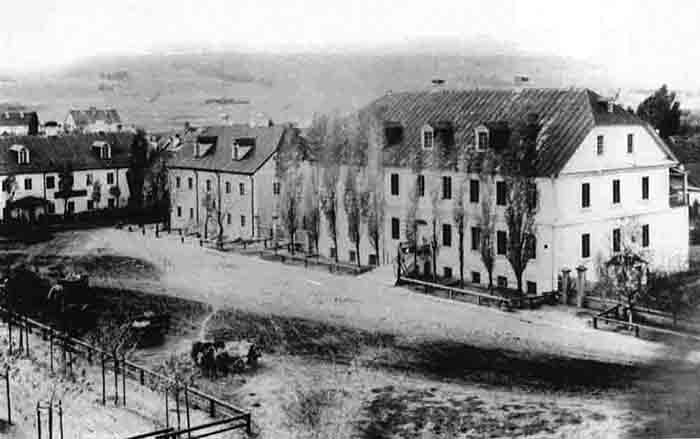 View of Sarepta in 1870. Courtesy of the Center for Volga German Studies.
Pastor Grunauer began his education on April 9, 1810 as a student of philosophy in Basel, completing his studies in 1813. In 1814, he became a student of theology and on June 8, 1815 earned a Master's degree. On August 10, 1817, he was granted admission to the Brethren community in Gnadenfeld and from 1818 to 1820 he served as a teacher in the Moravian Brethren community in Sarepta. From 1820 to 1823, he served as pastor in Katharinenstadt (later Marxstadt). From 1823 until his death in 1850, he served as the pastor in the colony of Messer. During this time he assisted his wife's grandfather, Johann Baptist Cattaneo in Norka from 1828 to 1830. 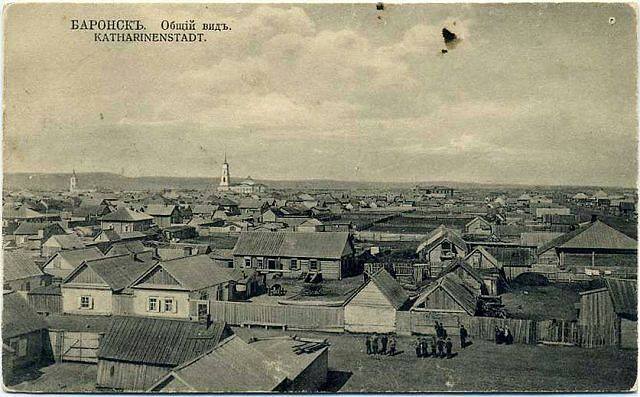 View of Katharinenstadt, Russia from the south. Courtesy of Steve Schreiber.