According to Ruth Nielsen, her contact in Entre Ríos, Argentina reported that the Russian "mother villages" of Aldea San Juan are both Norka and Dönhof.

Aldea San Juan is located in Entre Ríos Province on land which was once owned by Johannes Spangenberg. Spangenberg was a German diplomat who sold the land in 1889 to a contingent of Volga German immigrants. 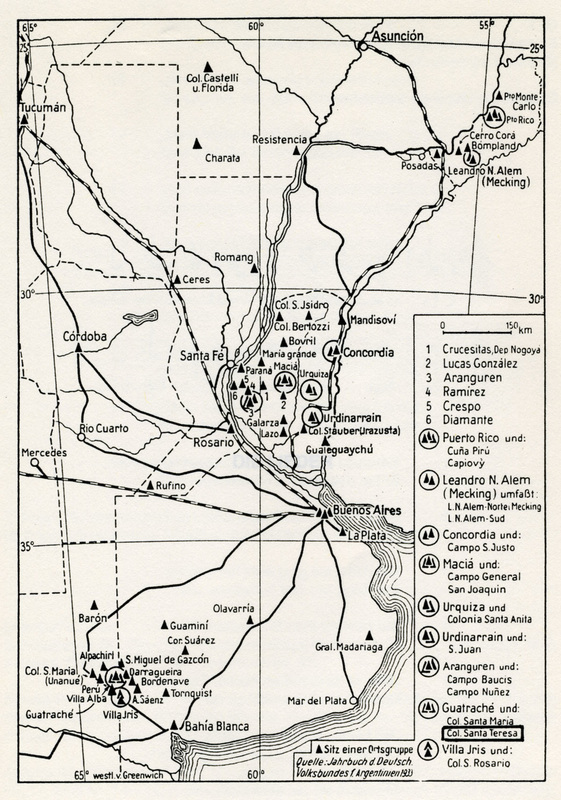 Koch, Fred C. The Volga Germans: In Russia and the Americas, from 1763 to the Present. University Park: Pennsylvania State UP, 1977. 192-94. Print. <https://play.google.com/store/books/details?id=rzJh_whDGmIC>.