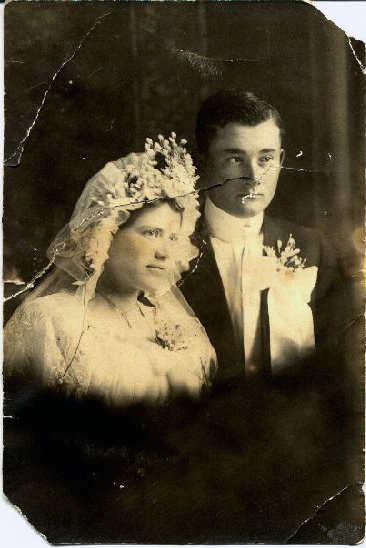 Conrad and Mary Sauer on their wedding day. Source: Ancestry.com
In 1920, Conrad was working as farmer in Cedar, Oklahoma.

Conrad's father, Nicolaus died in 1927 and was buried at the Zion German Congregational Church Cemetery in Corn, Oklahoma.

Sometime before 1930, Conrad became an ordained minister and was serving a congregation in Lincoln, Nebraska at the time of the U.S. Census that year. In 1940, Conrad was serving in Denver, Colorado. Rev. Sauer served the First German Congregational Church in the Globeville neighborhood of Denver, Colorado from 1936 to 1943. The Globeville area was settled primarily by immigrants from Norka and the church was known as the "the Norkera Church."

Conrad's mother, Anna Maria Sauer, died in 1940 was buried near her husband Nicolaus in Corn, Oklahoma.

Rev. Sauer died on March 3, 1960 in Denver, Colorado and is buried at the Crown Hill Cemetery.

Rev. Sauer's wife, Mary, died on December 5, 1972 in Fort Morgan, Colorado and she was buried with her husband. 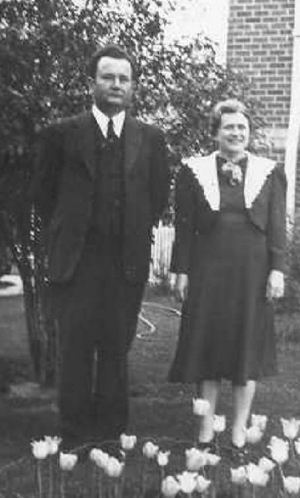