Dr. William (Bill) Spady is the son of William G. Spady and Edith Spady (née Deines). The Spady and Ludwig Deines families emigrated from Norka, Russia to the United States where the settled in Portland, Oregon. 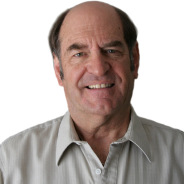 A native of Portland, Oregon, Bill received his high school education in a Portland suburb called Milwaukie. It is there, as a member of the Portland Youth Philharmonic, that he first honed his skills as a classical trumpeter and nurtured a life-long passion for classical music. He entered the University of Chicago as an undergraduate in 1957 and received degrees in Humanities (1962), Education (1964), and a Ph.D. in the Sociology of Education (1967) under the mentorship of the eminent Charles E. Bidwell. During those years he had the rare privilege of studying with the Chicago Symphony Orchestra’s two lead trumpeters, Adolph Herseth and Rudolph Nashan.

Bill’s first academic positions included appointments on the Graduate faculties at Harvard University (1967-69) and the Ontario Institute for Studies in Education in Toronto (1969-73). In 1973, he became a Senior Research Sociologist at the National Institute of Education in Washington, D.C. where he served for six years. During that period he was elected as a Vice-President of the American Educational Research Association (AERA) and became an adjunct scholar with the American College Testing program.

In 1979, Dr. Spady joined the staff of the American Association of School Administrators (AASA) as the Director of its National Center for the Improvement of Learning. While in that role, he co-founded the Network for Outcome-Based Schools, served as its Executive Director for five years, and founded and edited its quarterly publication Outcomes for six years. Between 1983 and 1986 he served as Director of the Far West Laboratory for Educational Research and Development in San Francisco. In 1986 Bill formed the High Success Network, a cutting-edge consulting group that fostered future-focused Outcome-Based restructuring, curriculum design, and school change in over forty U.S. States and Canadian Provinces for nearly a decade.

Known as a dynamic and compelling presenter, Bill has been a featured speaker on the national programs of most major educational organizations in the U.S. and was honored as “Distinguished Lecturer” at AASA’s national convention six times. Between 1997 and 2007 he consulted and lectured widely both in Australia and in South Africa, where, in 2003, he was named a Senior Fellow of the Novalis Institute in Cape Town, and Chief Consultant to the Matthew Goniwe Institute of Leadership and Governance in Johannesburg. He also founded the HeartLight Education Trust in Port Elizabeth, South Africa and served as a Senior Fellow of the Beautiful School International initiative, operating widely in Russia, Georgia, and South Africa.