This is my great grandfather Henry (Heinrich) Lehl. He was born on October 28, 1880, in Norka, Russia, to Peter Lehl and Katharina Sedar (Seder). Reportedly Peter Lehl was married three times and had 21 children by his three wives. Only 16 children have been proven. Henry married Pauline Ione Sutton. They were the parents of: Jacob Earl; Goldie (she had red hair); Elsie; Dorothy Iris; Richard Lester; and, Robert E. (born 13 Aug 1921). Henry died on March 27, 1966, in Aurora, Colorado.

Peter and Katharina Lehl and family arrived in the United States on June 4, 1890 at the Port of Baltimore Maryland on the steamship America. They embarked in Bremen, Germany, with a final destination of Illinois. They came into Kearney, Buffalo County, Nebraska between 1890-1900. They were in the Denver area by the time of the 1900 U.S. Census. 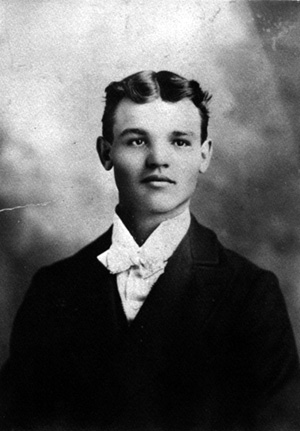 If you have additional information or questions about this family, please Contact Us.
Last updated December 6, 2019.