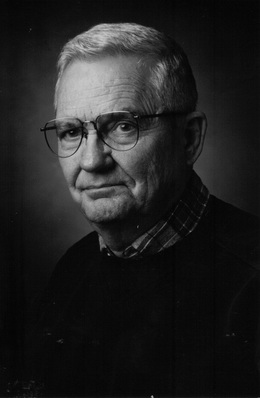 Jerry Krieger was born in Havelock, Nebraska in 1931, the fourth and last child of Louis Krieger and Blanche Rogers. Louis, was the son of George and Katherine Krieger, who were both born in Norka, Russia. George was the son of Carl Krieger and Katharina Lehl. Katherine was the daughter of of Peter Sterkel and Anna Marie Glantz. The Glantz family left Norka and arrived in America in about 1892. George's great-uncle, Johannes Krieger, was one of the men selected by his fellow colonists to come to the United States in 1874 to scout for possible settlement areas and thus beginning a great wave of emigration that started in 1875.

After high school, Jerry attended the University of Nebraska majoring in journalism and participated in ROTC. During his college days he married Barbara Garrett. Although the Korean War ended just before Jerry graduated, he served in the U.S. Army as a second lieutenant.

After the army, Jerry went to work for a weekly newspaper in Iowa. After two years, he and Barbara moved to Mason City where Jerry worked in advertising and promotion. About this time Jerry first subscribed to the Norka Newsletter which was then published by John and Marcella Wark.

Jerry also created indexes for the 1767, 1775 and 1798 censuses for Norka, which serve as valuable tools for researchers. 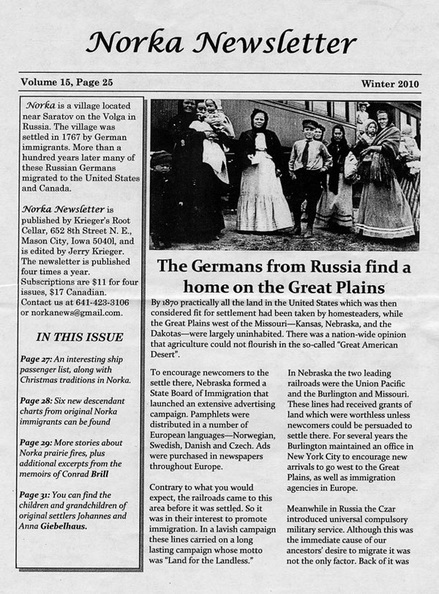