Karl Jakob Früauf is the son of Johann Friedrich Früauf, leader of the Moravian Brüdergemeine (Brethren) community of Neudietendorf im Herzogtum, near Erfurt, in Saxe-Gotha (today part of Thüringen). Karl Jakob was born there on September 25, 1768, about one year after the founding of Norka in 1767.

Karl Jakob completed his required courses at the pedagogical school in Niesky and entered the Moravian pedagogical school in Barby on June 8, 1782 as a teacher. In 1794, he was called to the Moravian colony of Sarepta, just south of the Volga German colonies, to become the instructor of the primary school and boarding school. He returned to Germany where he served as a teacher in the Moravian community of Christianfeld in Schleswig from 1800-1801. It appears that pastor Frühauf traveled to Russia in 1801 and became acquainted with the Volga German settlements, including a short stay in Norka with Pastor Cattaneo. He then returned to the Moravian community in Barby in 1802 where he married Friederike Elisabeth Krebs. She was born on February 19, 1774 in Barby. That same year, both would leave the Moravian Church so he could accept a call as pastor of the Lutheran church in the Volga German colony of Dietel, Russia (also known as Oleschna).

Rev. Früauf is listed as the pastor in Dietel and Kratzke from 1801 to 1815 and the colony of Grimm from 1815 to 1819. The Früauf's became parents of at least eight children, seven were born in Dietel and the last in Grimm. Several of their children married in Norka and raised families there. 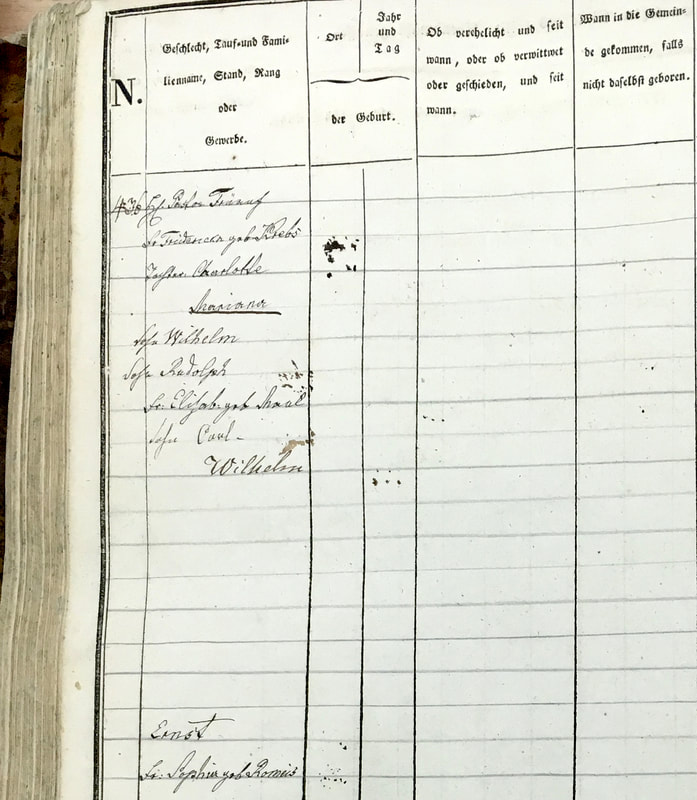 The family of Pastor Früauf in the 1834-1845 Norka Reformed Church Family Lists. Source: Engels Archive.
The isolation from the civil academic culture of the Herrnhuter (Moravian) Brethren affected Pastor Früauf over the years in a way that he could not have fully anticipated. Sadly, he turned to alcohol as a way to cope with his sense of isolation. On May 30, 1820, Lutheran Consistory Superintendent Ignaz Aurelius Fessler removed him from his pastoral duties.

Karl Jakob moved from Grimm to Norka where he was reunited with pastor Johannes Baptista Cattaneo whom he had briefly assisted in 1801. Karl Jakob continued living in Norka until his death on May 8, 1839. In his death record he is listed as Pastor Emeritus. His wife, Friederike Elisabeth, died on April 21, 1846 in Norka.

​Pastor Früauf is the father of three pastors: Karl Friedrich Ludwig, Karl Wilhelm August, and Karl Heinrich Eduard who all served parishes outside the Volga German settlement area. His remaining children remained in the Volga German colonies and their descendants settled in both Norka and Dietel. 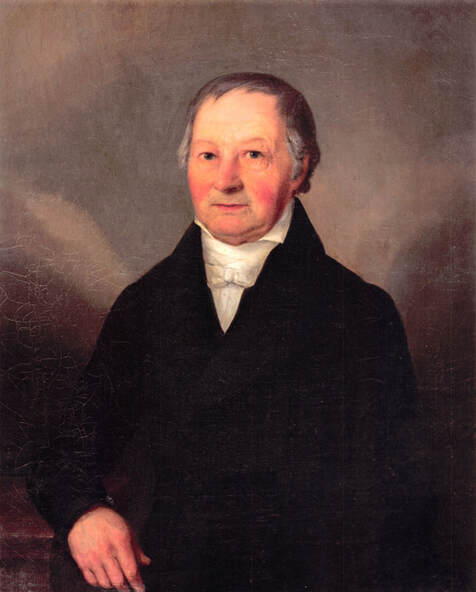