​I am in hopes of getting some leads on my great-grandparents, Louie Seder and Anna Seder (née Schnell).

According to Anna’s death certificate she was born in Norka to William Schnell. She arrived in Sugar City, Colorado about 1904 from Russia and married my great-grandfather, Louie (Louis) Seder in 1905. They moved to Scotts Bluff, Nebraska between 1910 and 1920. After the death of Louie Seder she married an unknown Pauley who she later divorced.

Louie (Louis) Seder who I believe was also from Norka area, his father was Jacob Seder, also arrived in the U.S. about 1904. The surname is also spelled Sater on their marriage certificate but my grandfather claims proper spelling was/is Seder and it is the only spelling I have found on other documents.  Attached is a draft card from WWI. 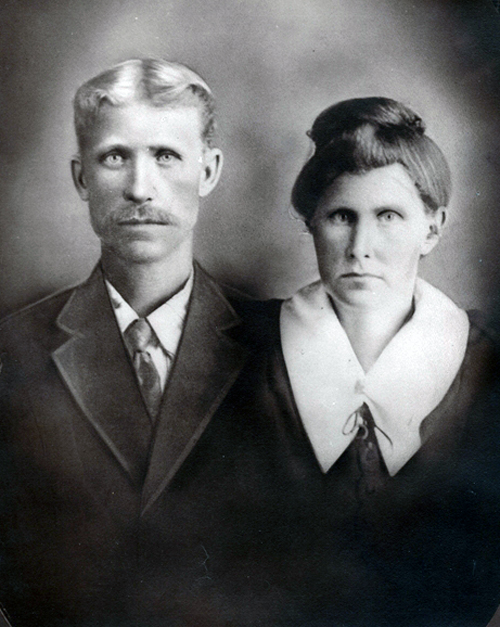 Louie and Anna Seder circa 1917. Courtesy of Russell Seder. 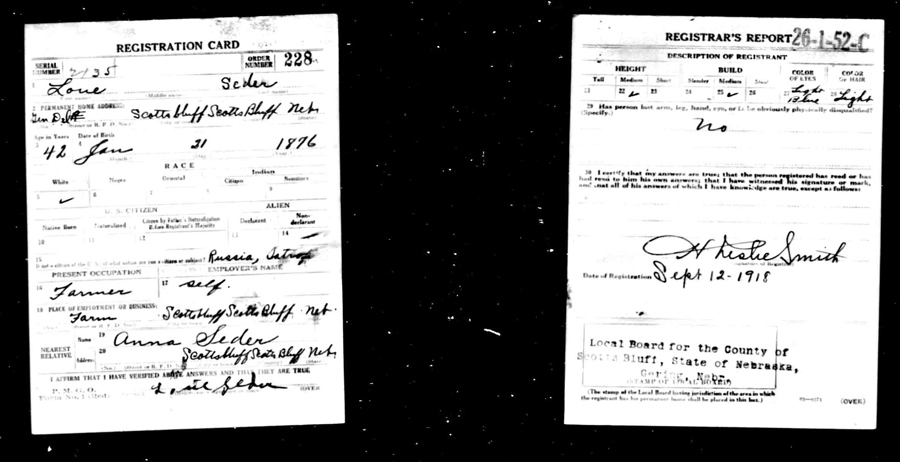 If you have additional information or questions about this family, please Contact Us.
Last updated May 3, 2019.