Richard Lawrence "Dick" Kniss was a bassist who performed for over four decades (beginning in 1964) with the folk trio Peter, Paul and Mary. At their concerts, his wife Diane reports, Dick was always introduced on stage by the trio as "the fourth member" of their group. 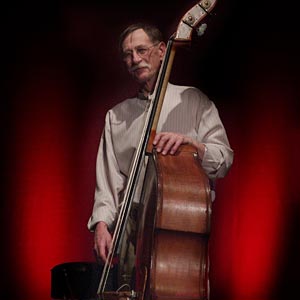 Dick is continually re-inventing approaches to our songs. Sometimes he's there at the beginning; helping to create the tone or mood of a piece while the trio's vocal parts are still evolving.  But personally, I think his greatest contributions come nightly!  I can't name another bass player who improvises so tastefully within the framework of folk music. -- Noel Paul Stookey (Peter, Paul and Mary)

When the trio disbanded for a time in the 1970s, Dick signed on as an original member of John Denver's band (Denver was also of German Russian descent), where he co-wrote the hit Sunshine on My Shoulders and The Season Suite, which became the number one song on the Billboard Hot 100 chart in 1974.

His first instrument was a guitar, but he soon moved on to the bass. His musical career as a bass player began in San Francisco before moving to New York City. His roots were in jazz and during his prolific 58 year career he was a sideman to such notables as Herbie Hancock and Woody Herman.

Kniss was also active in the 1960's civil rights movement, and performed benefits for many causes, playing during the first celebration of Martin Luther King Jr.'s birthday as a national holiday.