"Sebastian Lauterbach, a Wagenmeister (coach builder), was the son of the deceased Johann Georg Lauterbach from Lieblos, and Eva Susanna, daughter of the deceased Peter Fischer from Niedergründau.  Sebastian and Eva were married on August 31, 1747 in Niedergründau. The births of five children are recorded in Niedergründau: Maria Elisabetha (January 16, 1751), Johannes (January 28, 1754), Catharina (October 2, 1756), Christina (October 25, 1759), and Gertraut (May 16, 1765). The Lauterbach couple with all five children arrived in Russia on August 8, 1766. It appears that the three youngest children must have died during the journey to the villages because they are not listed when the family arrives in Norka. Two Lauterbach daughters moved from Norka to Huck and married there: Elisabeth Lauderbach, age 45 in 1798, married Heinrich Morkel in Huck, and is likely the same person as Maria Elisabetha Lauterbach born on January 16, 1751.  Catharina Lauderbach, age 33 in 1798, must be the Gertraut, the youngest Lauterbach child, who was born during the trip and reported as one-half year old on the Norka First Settlers List (1767 Census Revision)." 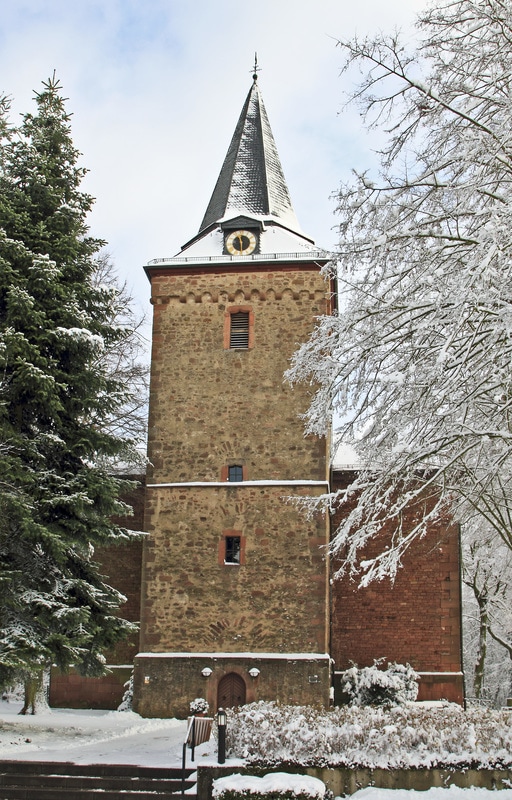 Research in the German parish records by Maggie Hein.