The Last Germans in Norka

In 1941, all of the German colonists who had not yet emigrated from Norka were deported by Stalin's Soviet government to Siberia, Kazakhstan, and other remote regions because of their German heritage. The formal decree came on August 28, 1941 which abolished the Volga German Autonomous Soviet Socialist Republic (Volga German ASSR). This was the end of life in Norka for the remaining Germans, however, a few women were allowed to stay.

German women who were married to non-German men, were allowed to remain in the colony during the deportation of 1941. This was the case with Natalija Zaharina. Natalija was the daughter of Philip Burbach and she married a man of Russian or Polish ancestry. Natalija and her only child, Elvira, were allowed to stay when all the other ethnic Germans were sent away from Norka. Natalija was 28 years old at the time and Elvira was 7 years old. 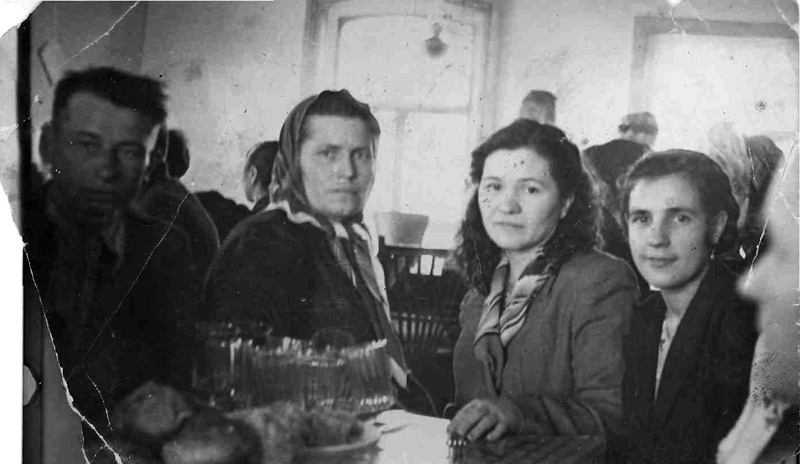 When my parents went through the village one old Russian man called to my father: “Sashka!” The man immediately recognized my father after 33 years! Mother and father were invited to stay in this man's house. In the evening, two German women, Rosa and Natalia came to the house. The women were wives of Russian men, and they were not evicted in the 1941. The old Russian man and the women told my father what had happened with his house. During the war, refugees were placed in the houses of the evicted Germans. The refugees seemed to be Hebrews from Ukraine. Living in large German houses, they first burned out the orchards and gardens in the stoves, then the houses proper. Having burned out half of one house, they moved in a neighboring house and burned out the rest of the house. This cycle repeated until the whole residential area was ruined in this way. Father found the place where his family house had been situated. There were only ruins all around. The whole part of the village where my father had lived had been turned into waste land. There was no place to return to. Nobody was waiting for the Germans to come back, nobody was calling them to return, and nobody was going to give back the plunder.

Officially, the property of the evicted Germans was not confiscated in 1941. The local authorities gave receipts to the evicted Germans showing that their property was being held in trust until they returned. But these turned out to be just meaningless bits of paper. The authorities have lost these receipts long ago, and say they do not remember them, but some German families keep them for memory.

Following in his father's footsteps, Alexander Schreiber left his home in Moscow and visited Norka in June 2005. While exploring the village Alexander met with Elvira Zaharina. They talked about the deportation and what happened afterwards. Elvira recalled:

We remained the only Germans in the village. Soldiers have withdrawn all the people. At night, mum and I nestled to each other and cried. Cows lowed, dogs barked, cats mewed... all of the village was without people... 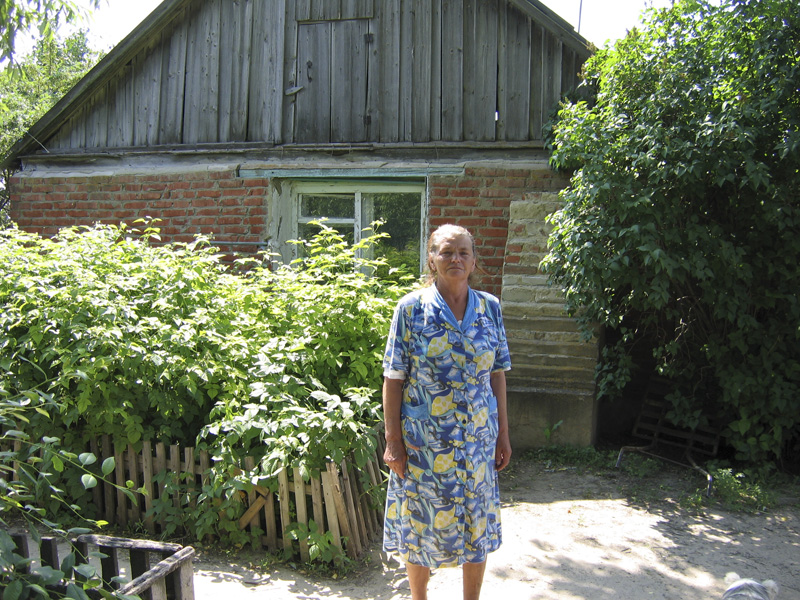 Photograph of Elvira Zaharina (Эльвира Захарьина), age 70. Photograph taken in June 2005 by Alexander Schreiber.
Elvira said that Jews were the first people to occupy the village after the Germans were taken away. She does not remember where the Jews came from. She recalls that Jews burned and destroyed German houses. Sometime later the Jews left Norka and the Russians arrived.

Why were so many homes and properties destroyed? According to Alexander, since World War I (1914-1918) Germans in Russia have been disliked. In 1915, there were German pogroms in Moscow where German shops, firms and homes were plundered. There is not much information on these events today. The Russian writer Maxim Gorky in his work titled Delayed Notes tells a little about those terrible days. This situation was made worse when Russia was at war again with Germany from 1941-45. Refugees within the western part of Russia hated Germans because of the war. Therefore, they did not regret any losses that the German colonists suffered in Volga region villages. Refugees were primarily temporary workers and tenants in the Volga region. Destroying another's property was not regrettable to them and many of them soon left Norka.

Since 1941, the population of Norka has frequently varied. Many people living in Norka today are natives of the Kursk area and other regions of Central Russia, along with natives of Belorussia.

What has become of the last Germans in Norka? Natalia Zaharina immigrated to Germany with her grandson in 1998 and died there in 1999. As of 2006, Elvira remains in Norka living in the same house where she has spent her whole life, behind a dam on what is now Lenin street.