​This photograph was given to Steven Schreiber on September 9, 2006 by a woman in the village of Norka, Russia (now Nekrasovo). The woman's family from Ukraine were resettled in Norka in late 1941 or early 1942 following the deportation of the Germans from the village in September 1941. This photo was found under the steps of the former German home her family moved into. The home is near the location of the church and school in Norka. The people shown in this photograph have not been identified. Please contact Steve Schreiber if you can identify any of these people. 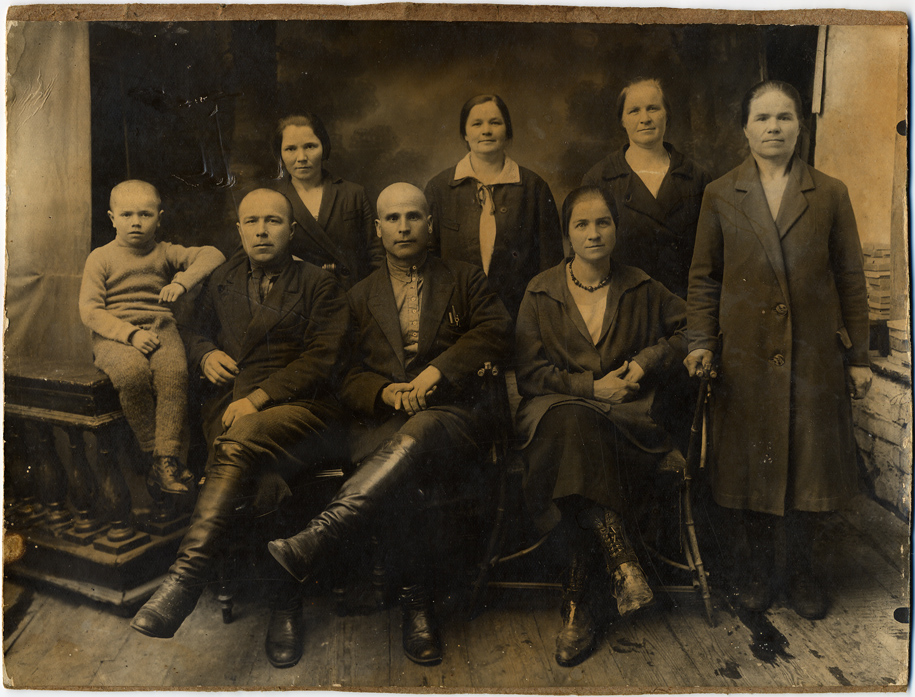 If you have additional information about this photo, please Contact Us.
Last updated May 28, 2019.