Homicides were rare in Norka, but In his memoirs titled Memories of Norka, Conrad Brill recalls the murder of an elderly couple in 1909 by two brothers. Previously published accounts of Brill's story disguised the names of the murdered couple as well as the names of both killers. The story told below reveals the truth about this tragic event. 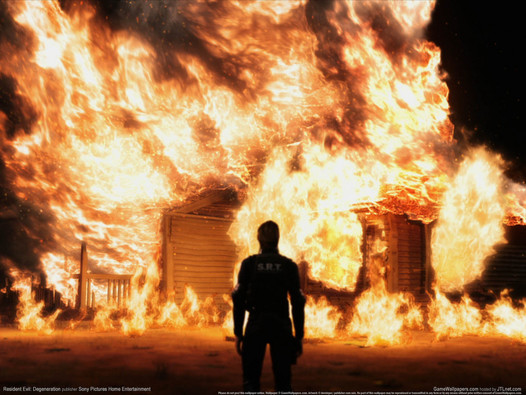 On the 11th of November 1909, when I and my brother Conrad were going home in the early hours of a morning, after spending the night at the Sinner’s mill getting our two grain boxes of grain ground into flour, we heard the storm‑fire bell ringing, and saw the flames of a large fire in the area where our Uncle Phillip Brill lived, so we headed in that direction to help fight the fire. There were rules set down by the town council in the event of fire, so we and many others went there. The fire was at an old couple’s house, Mr. and Mrs. Johannes Vögler (Note: this surname is also spelled phonetically as Faigler), who made brushes, combs and items of this type, using pig bristles, horsehair and such. The people assembled fast and got the fire out, which led to the discovery that the old couple had been killed and robbed and the fire was set to burn up the evidence and signs of the crime. The old man was discovered dead in the horse shed attached to the house, where he had been harnessing the horse to drive his wares to a nearby village, while the lady’s body was in the kitchen where she had been preparing breakfast and lunch for him to eat and take along. Their money and valuables were gone, along with a silver plated, pearl handled pistol the old man owned and carried. The old couple had used a hired man to help them with chores, whom we knew or called Ivan (John) Kiltau.

A week or so earlier, a family named Gerlach was disturbed in the night by the furious barking and actions of their big dogs, so they got up and lit a lantern and went outside, taking their dogs out too. The dogs ran over to a nearby store owned by a villager named Schönemann, with the Gerlach’s following. There they discovered two men hurrying out of a ditch dug down beside the foundation and under the store building.They had intended tunneling into the store from outside to rob the store. Mr. Gerlach had told Schönemann and several other people, that he thought he recognized Ivan Kiltau, the Faigler’s hired helper, as he crawled out from under the store. Ivan had a brother who was married and had a real shady past, whom they had figured was the other guy. When the couple was discovered dead, the people proceeded right from the fire to the residence of the brothers, where they found the pistol and a bloody hay saw. They took them both to the jailhouse, next to the courthouse. The jailer had left the day before with a prisoner going to Saratov, so they put the two brothers in separate rooms of the lockup, but had no keys to lock them in, so left a big strapping young man setting on a bench in the main room, in front of the door of the more notorious brother. He was to stay until daylight, when the courthouse opened and someone with keys might arrive, or a "sotnick" (constable) who could transport the brothers to Saratov for arrest and trial. It was about 6:00 a.m. so most people went back home, or to the scene, to make sure the fire embers were all out so no additional burning would occur, but Conrad and I went back to the fire and got our horses and wagon to take our flour home. The watchman had laid over on his bench and evidently fell asleep, because when he awoke he discovered that the door he had his bench in front of was standing open and the elder brother was gone. A group was formed and a search started. When they went to the house of the elder brother, his wife was there and she said he had come home and went into the loft above the kitchen, extracting items from a hiding place under the eave, which he stuck into his pockets, then left, without speaking a word to her. For several days there were supposed sightings of this man in different areas of the land around Norka, which the people later decided were false and made by friends of his, to keep everyone thinking he was still in the area so that authorities in Saratov wouldn't be alerted and start checking trains departing from there. The younger brother was taken to Saratov, where his sentence was to be deportation to Siberia, with only a two-week visit to relatives in Norka each year. I never saw the younger one after that, but thirty years later I did see the older one, who had done the crime, in Mount Clemens, Michigan, where my wife and I went to a wedding of a family friend, coming from my wife's village of Erlenbach. The Kiltau was senile and it was said he did silly things like pull a setting hen off her nest of eggs and he would sit on the eggs for hours, because the eggs weren't hatching fast enough. His nephew was married to our neighbor’s daughter and I never told anyone there about his deed in Norka and if they knew, they never mentioned it. He was reluctant to discuss Norka or being from there when I was introduced to him in Mount Clemens.

One of the brothers, John (Ivan) Kilthau (also Kiltau, Külthau or Kildow), was captured and punished by deportation to Siberia. The second brother, Andrew Kiltau (known as der Kiltau Weis) fled from Russia and was never apprehended by authorities. Family stories say that Andrew went to South America, but it is believed that he lived in Michigan with one of his sisters.

This story was confirmed by Anna Mae Kiltow, the niece of John and Andrew Kilthau. Anna Mae's father was Carl Kildow.