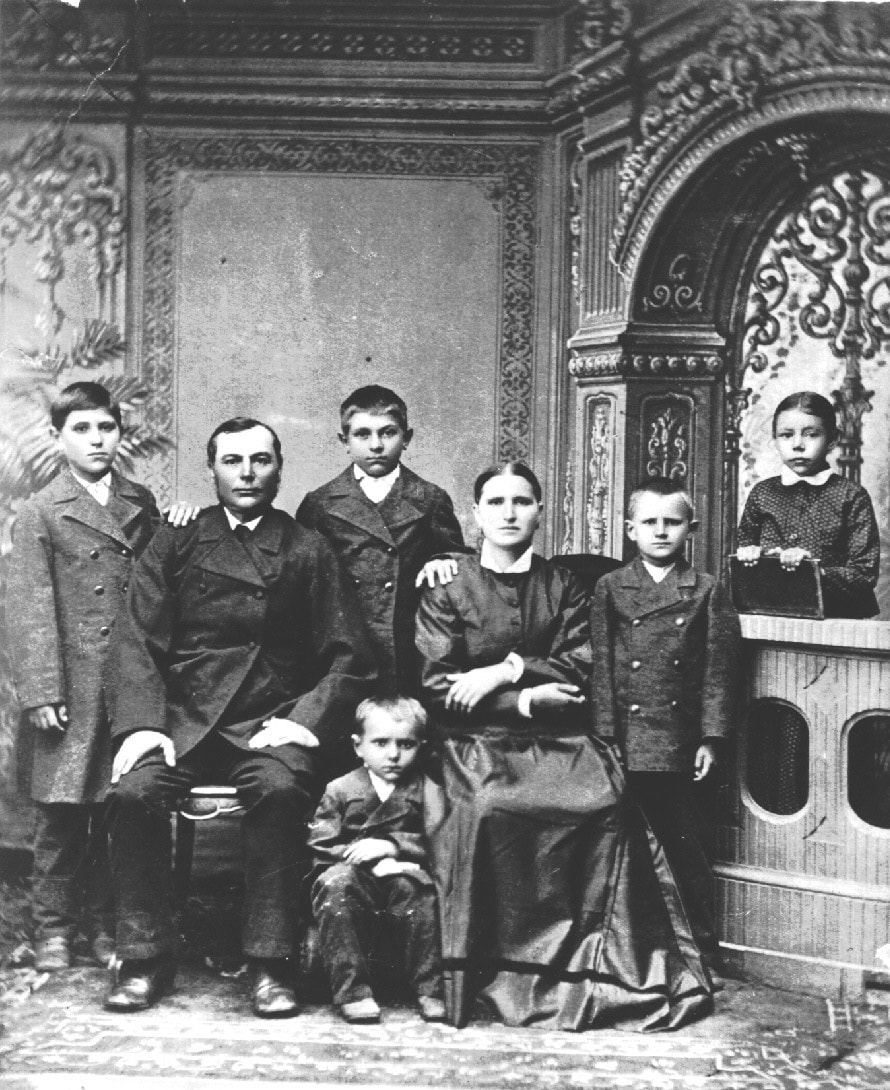 Conrad and Christina Schreiber family. Left to right standing: Wilhelm, Lawrence (Lorenz), Alexander, Amelia? Left to right seated: Conrad, Johannes, Christina (née Sinner).
Conrad Schreiber, together with four of his sons owned and operated a large flour mill which was located in the Russian village of Dmitriyevka near Norka. Wilhelm became an officer in the Russian Army. He and his family did not live in the Schreiber family compound in Dmitriyevka.

After Conrad's death in March 1903, the flour mill was sold and the estate divided among the four sons. Conrad's young daughters were taken in and cared for by their married brothers.

Conrad Jr. died of tuberculosis in 1904 while attending college at the age of 20.