On December 28, 1898, Wilhelm Conrad married Catharina Margaretha Hohnstein. She is the daughter of Ludwig Hohnstein (born 1849) and Margaretha Schleicher (born 1852). 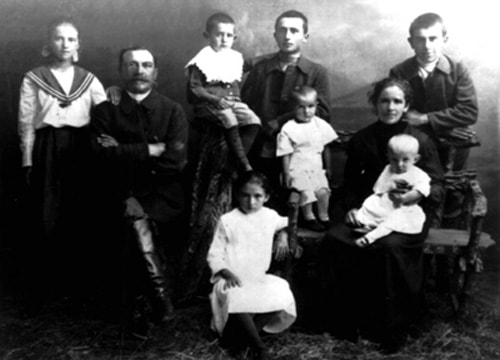 Olga married Alexander "Reicher" Schleuning about 1930. He was said to be the wealthiest man in Norka.

Maria married a member of the Weber family in the early 1930s.

Berta worked as a schoolteacher in Norka. She never married and moved to Germany later in life.

Johannes married and had three children.

All of the family members were deported to Siberia in 1941. They were resettled in Zavyalovo in the Altai region. Johann Friedrich died in labor camp in September 1943. Wilhelm died in 1948.

Alexander's wife Lydia Braun was not allowed to teach school in Siberia until April 1945.