When George was 5, the family moved to Lincoln where they settled in the North Bottoms neighborhood. Louis went into the trash collection business.

George Sauer was a member of the Lincoln High School Class of 1929. A great high school athlete in all sports, Sauer played on three state championship football teams (32 wins, 1 loss, 1 tie record) and on two state championship track teams. As an all around excellent player who could run, kick and pass, he often left the competition wondering what he would do next. 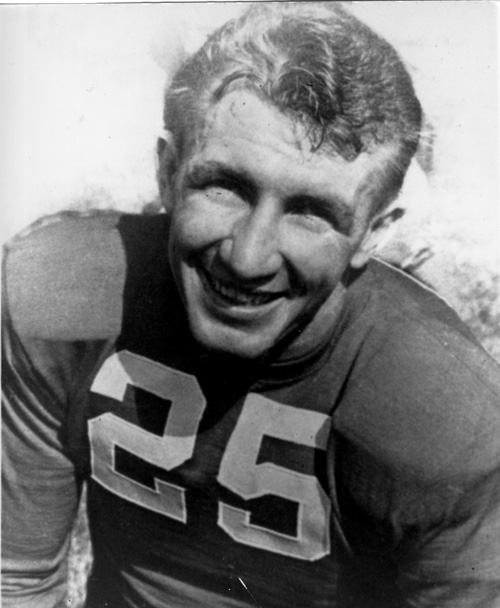 Photograph of George Sauer Sr. courtesy of Jerry Krieger.
After high school, Sauer attended the University of Nebraska where he was one of most revered Cornhusker players during the hard hit 1930's. As an all around excellent player who could run, kick and pass he often left the competition wondering what he would do next. Sauer quickly became an emulated football hero. Ed Schwartzkopf, a future Nebraska University player recalled that at the time:

"Everybody wanted to be George Sauer."

Nebraskan kids idolized the Lincoln native often pressing their mothers to sew George's famous number 25 onto their sweaters. Sauer had a loyal following within the team as well. Coach D.X. Bible glowed when speaking of him:

"He was probably my best all-around athlete. He was great at carrying the ball and he was one of the best on defense. He simply rolled up his sleeves and met the ball carrier head on." 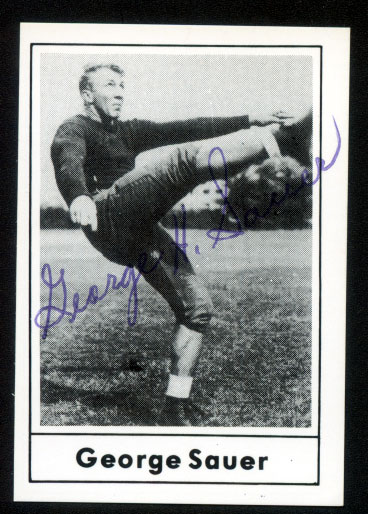 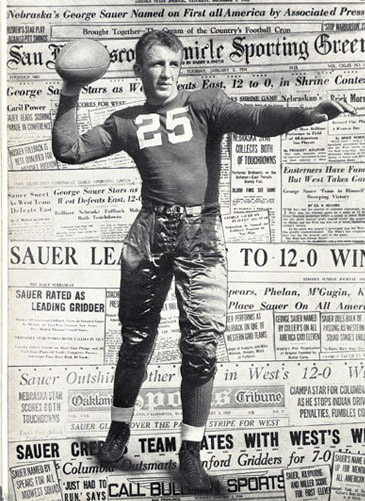 Sauer led Nebraska to Big Six championships in the 1931, 1932 and 1933 conference seasons during which Nebraska was undefeated and the fullback was all-conference.

In 1932 Sauer was central to the Husker's stellar record of eight wins and only one loss. That solitary loss was to undefeated Pittsburgh. The Husker defensive line, led by Sauer, held off the steel-town squad until the slashing Panthers scored the game's only touchdown in the fourth quarter. Games against big teams like the Panthers were bringing national attention to the Huskers. Players, like Sauer, did not go unnoticed. At the end of his senior season he led the voting for players in the New Year's Day All-Star game. Sauer distinguished himself by intercepting passes and scoring the only touchdowns of the game. After the game, news writer Lawrence Perry commented that Sauer, "stands clearly as the premier ball carrier in the nation."

While Sauer was best known as an All-America football player, he played four sports at Nebraska: football, basketball, baseball and track.

After his college career ended, Sauer was signed by the National Football League's Green Bay Packers in 1934 where he played running back for three seasons. Sauer retired from the Packers after winning the league championship in 1936.

After leaving the NFL, Sauer served as the head football coach at the University of New Hampshire from 1937 to 1941.

Sauer returned to civilian life to use his considerable football skills and knowledge as the head football coach at the University of Kansas. His 1946 and 1947 teams shared the Big Six title and he took the Jayhawks to the Orange Bowl game in Miami.

Sauer moved on to the United States Naval Academy (1948-1949) where he became the first civilian coach in over a decade. He resigned from Navy after two of his assistants were treated unfairly.

From the Naval Academy he went on to Baylor University (1950-1955) where he was named Southwest Conference Coach of the Year in 1950. After six years as head coach, he moved up to the role of Athletic Director. 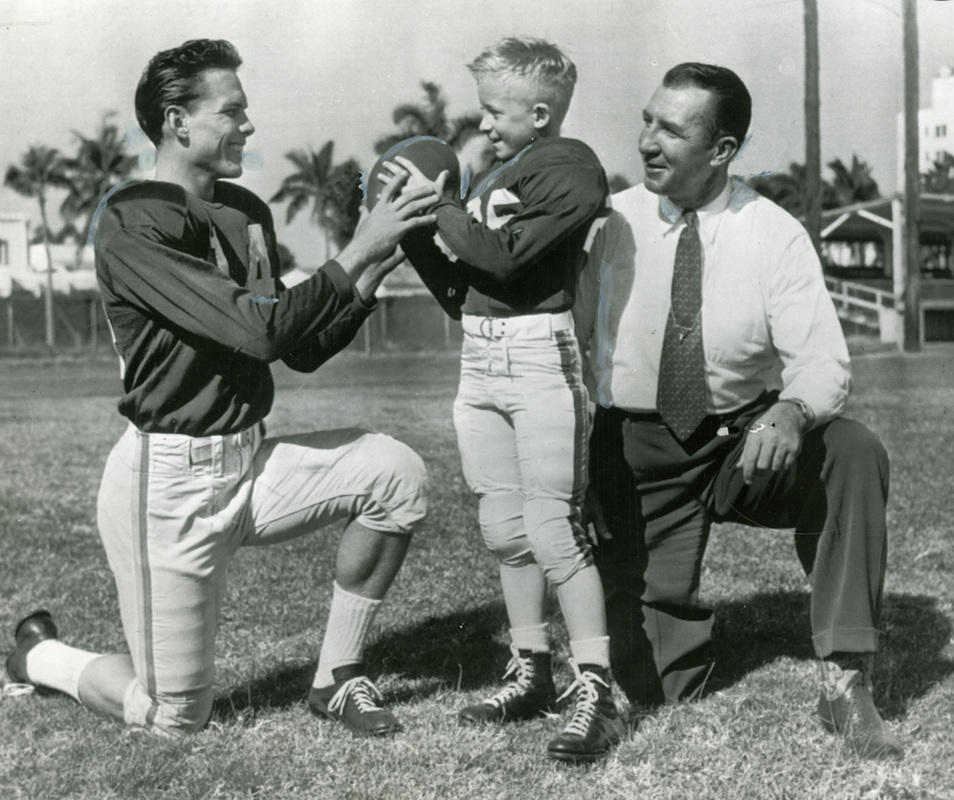 In 1961, Sauer became the General Manager of the New York Titans of the American Football League. Beginning in 1963, the Titans changed their name to the New York Jets and Sauer served as Director of Player Personnel. In January 1969, the Jets won Super Bowl III over the Baltimore Colts. Sauer's son, wide receiver, George Sauer Jr. was Joe Namath's favorite target that day.