Jim Sterkel's name is in giant cardinal letters, striped across two sides of the University of Southern California's basketball court inside Galen Arena. Sterkel played two seasons of basketball at USC in the 1950s, never averaged more than 10 points a game, and didn't even graduate. But in an institution chock full of celebrity athletes and 9-figure donors, Sterkel was a megastar to one person. And that's all that matters. Read the amazing story published in the Los Angeles Times about how the court was named in his honor. 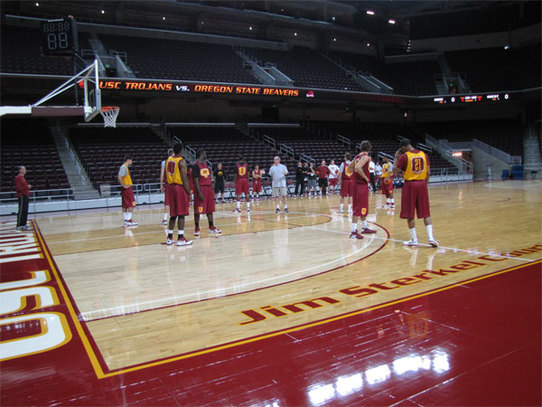