Johannes Nolde was born in Norka on August 3, 1822, the son of Johann Georg Nolde and Katharina Müller.

In 1874, Johannes was selected as one of the scouts that would determine whether or not settlement in the United States was feasible. Johannes served in this role with fellow Norkan Johannes Krieger. The team of 14 Volga German scouts arrived in New York harbor on July 15, 1874 aboard the German steamship Schiller. 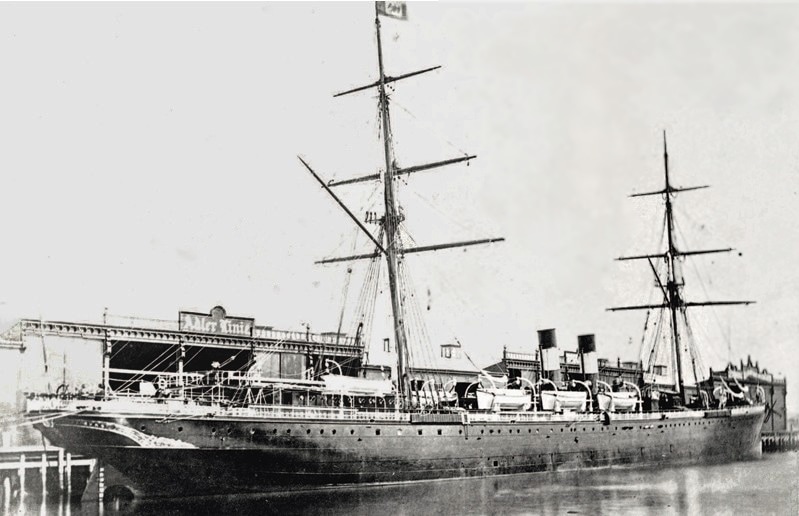 The German steamship "Schiller" brought the first Volga German scouts to America. Image source: Wikipedia.
The reports from Nolde and Krieger delivered upon their return, along with encouragement from Pastor Stärkel, were a strong influence on the people of Norka. Hattie Plum Williams provides more information:

​Among the scouting party sent to the United States by the Colonies in 1874, to seek land, were two men from Norka:  Johannes Krieger and Johannes Nolde. Their reports on return soon set in motion emigration which started as early as 1875, with seven Norka families and two single men who came to Ohio and two years later went to Sutton, Nebraska. In 1876, one the largest Protestant groups of colonists ever to emigrate, was a group of eighty-five families, most of them from Norka.

Johannes returned to the United States on June 5, 1878 along with Anna Katharina and five of their children. The family arrived in New York aboard the steamship Wieland which had sailed from Hamburg, Germany.

On June 11, 1878, at 11 o'clock at night, 27 families comprising an entire trainload, arrived in Sutton, Nebraska. The Nolde family were among the members of this group. The Nolde's settled in the School Creek area north of Sutton and Johannes worked as a farmer.
​
Anna Katharina died in Sutton on March 2, 1881. Johannes died on October 28, 1895 in Sutton. Both are buried in the Sutton Cemetery.

Johannes Nolde and his fellow scouts will be long remembered for their role in triggering the mass migration of many Volga Germans to North America. In doing so, they changed many lives for the better. 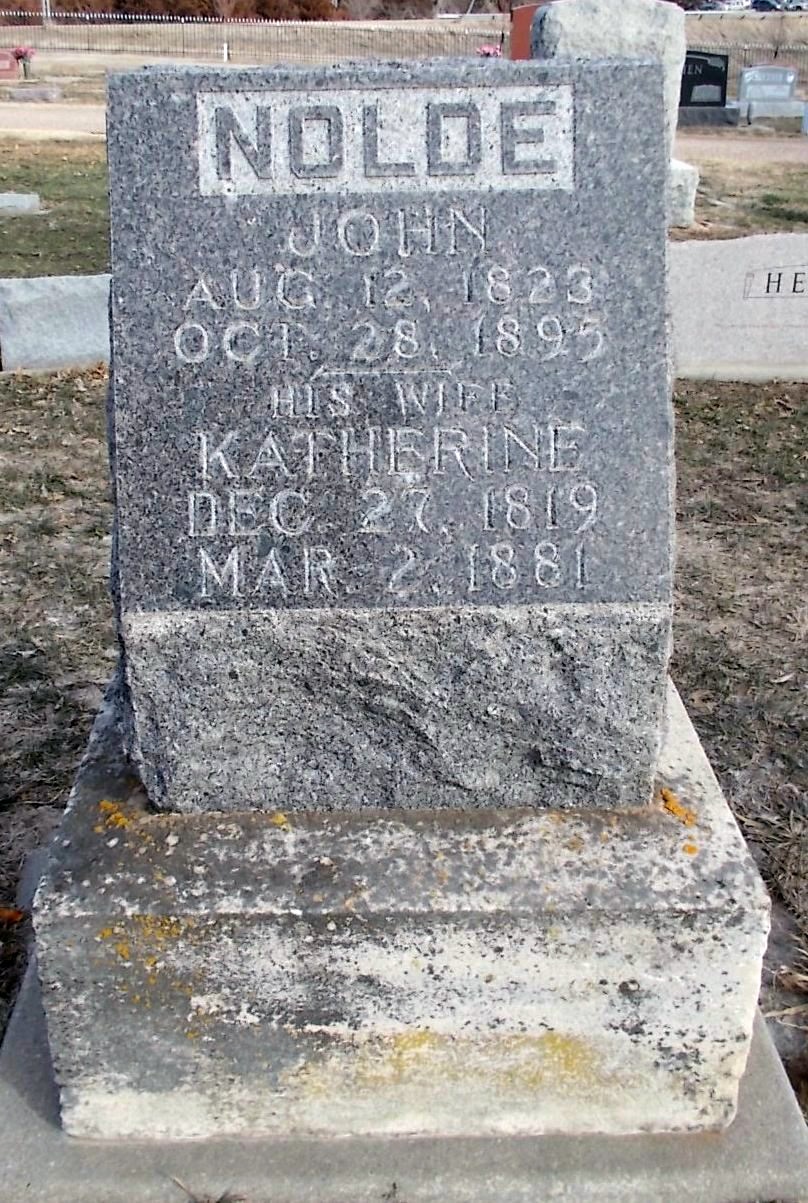 Hoelzer, John. "The Earliest Volga Germans in Sutton, Nebraska and Portion of Their History." Work Paper #16 of the American Historical Society of Germans from Russia (December 1974): 16-19. Print.

Koch, Fred C. The Volga Germans: In Russia and the Americas, from 1763 to the Present. University Park: Pennsylvania State UP, 1977. Print.