The book Norka: A German Village in Russia by Marie Olson and Anna Reisbick states that in 1884, "There was a raging fire burning in the threshing field. Word was sent to Pastor Wilhelm Stärkel who arrived in his carriage and quickly circled the fire several times while orally reciting a prayer. The fire did not burn beyond the tracks he had made and the nearby fields and granaries were saved."

George Sauer, Sr. who served as Pastor Stärkel's coachman in Norka for three years recalled a similar event that occurred during the harvest season of 1906 when Pastor Stärkel received word that there was an uncontrollable fire raging in the threshing field.

"When they arrived at the scene, the fire was well underway and fanned by high winds. The amazing fact of the matter was that Rev. Stärkel stopped the fire from spreading to the nearby fields and granaries loaded with grain by orally reciting a prayer as they circled hurriedly around the fire. The fire did not continue to burn beyond the tracks left by the carriage wheels, but instead burned itself out."

Olson and Reisbick recount several other disasters, including two fires in 1872 where much of the village was burned. Johannes Preisendorf states that the 1872 fires were the largest in the history of the colony, destroying four rows of homesteads. 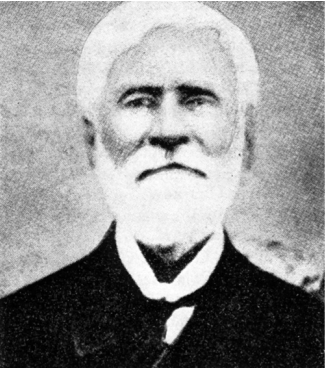 Photograph of Rev. Stärkel from the book "Die Kirchen und das religiöse Leben der Russlanddeutschen: Evangelischer Teil" by Joseph Schnurr.
The 1775 Census of Norka reported on a large wildfire in 1771 that destroyed many homes.

Giesinger, Adam. "A Voice From The Old Country: The Starkel Letters." Trans. Paul G. Reitzer. Journal of the American Historical Society of Germans from Russia 2.1 (1979): 60-65. Print.