​Nicolaus Krieger was born August 30, 1853 in Norka, the son of Johannes Krieger (born 1822) and Elisabeth Brehm (born 1824). Nicolaus was confirmed in 1869. For most of his life he was known by his Spitznamen of Garte (Garden) Krieger.

Conrad Brill writes the following about both the Hefeneider's and Nicolaus:

The Hefeneider's, who were killed and their mill burned, had a daughter who married Garte Krieger, so called because he lived in the garden and orchard area lying at the northeast corner of the village of Norka.  He had a private bridge leading from the first road through Norka into his yard across the ﻿Grosse Bahn﻿ in the garden area. ​His was the first house east of the village.

The home of the Hefeneider's was taken over by the Russian government and used as the State owned liquor store after the death of the old couple. It was situated next door to the Aschenbrenner’s home. 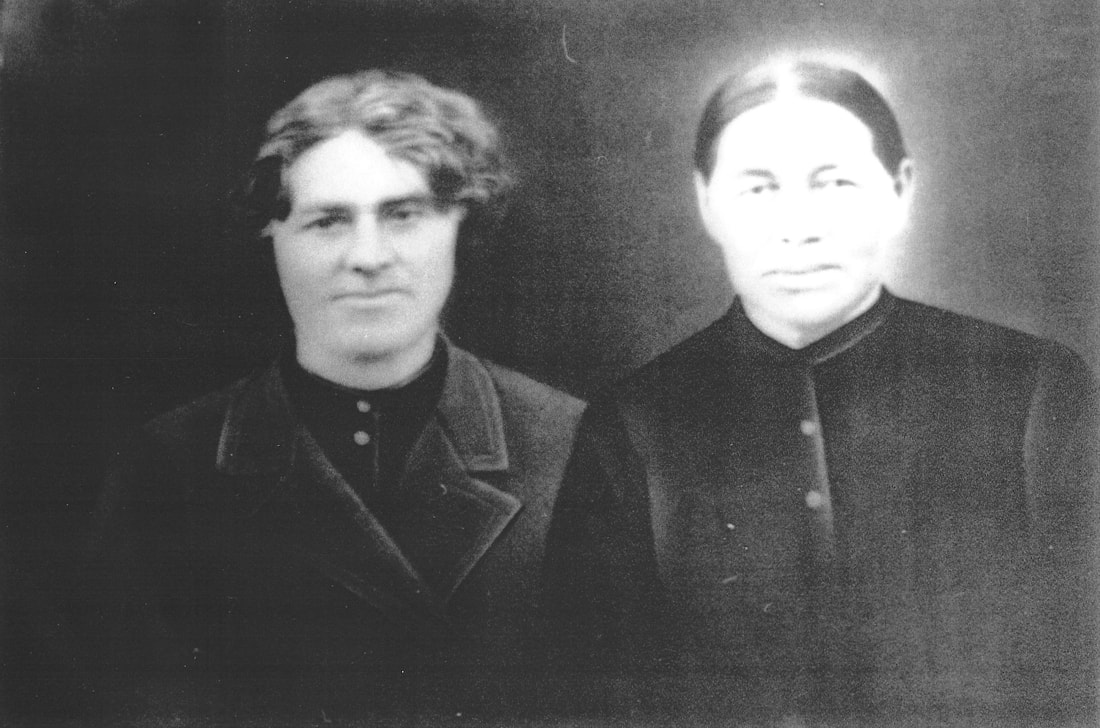 Nicolaus and Elisabeth were fortunate to survive the famine of 1891-1892. 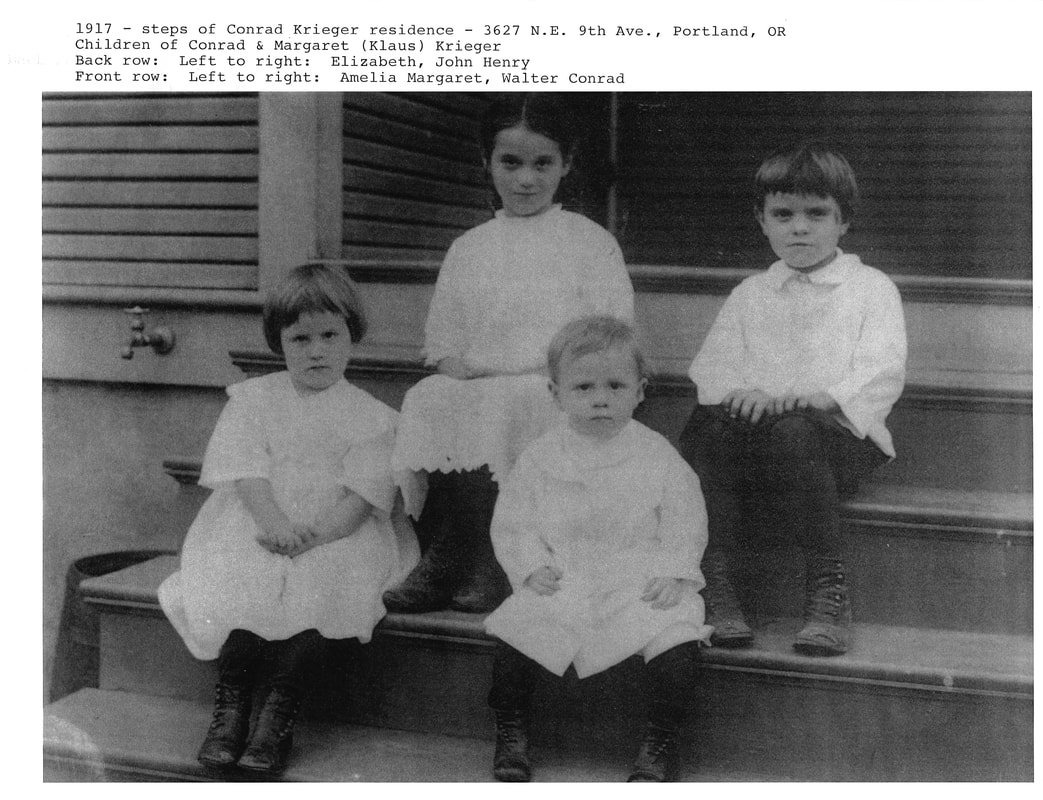 Sophia married Heinrich Traudt in 1905 and they joined Conrad and Katherine in Portland.

The Norka church register shows that Elisabeth must have died sometime after 1905. As a widower, Nicolaus apparently developed a unseemly reputation in the village. Conrad Brill recalls the following story:

Garte Krieger was expelled, or kicked out of the Versammalung (Brotherhood) because he was notorious for escorting widowed sister’s home from prayer meetings and getting fresh with them.  His daughter married Jacob Aschenbrenner and lived on 7th Avenue in Portland, Oregon.

Apparently, the strategy employed by Nicolaus turned out to be successful and resulted in a second marriage to a Mrs. Pauli (Pauly). 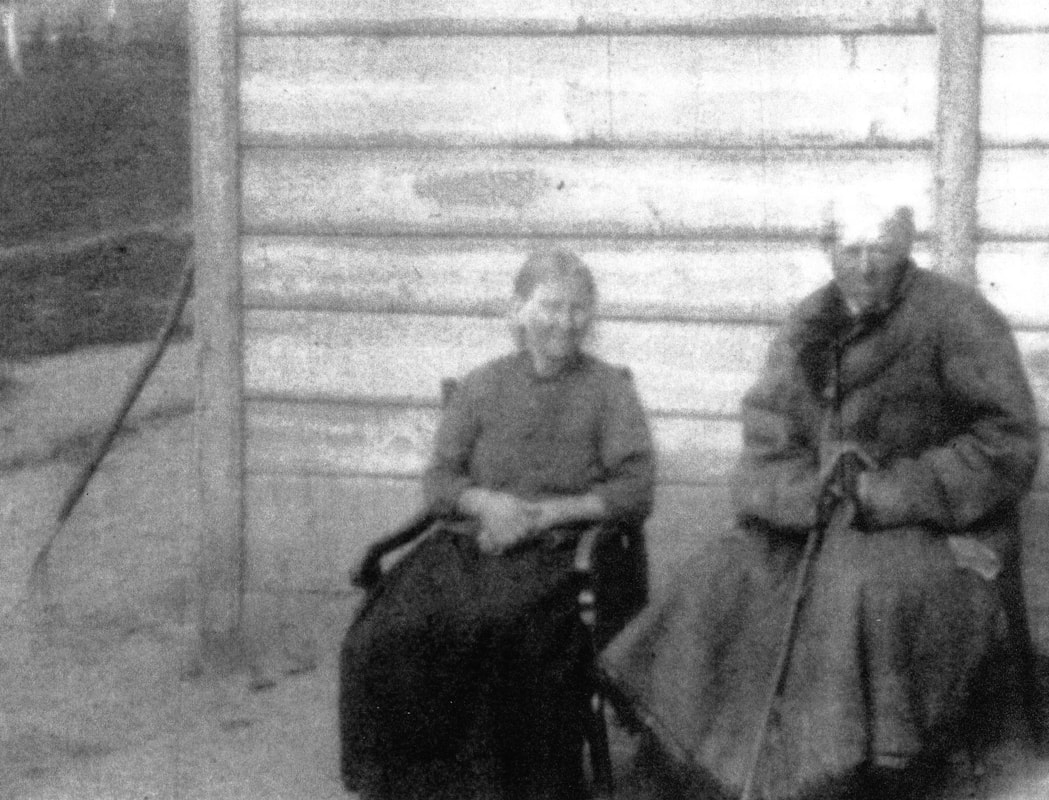 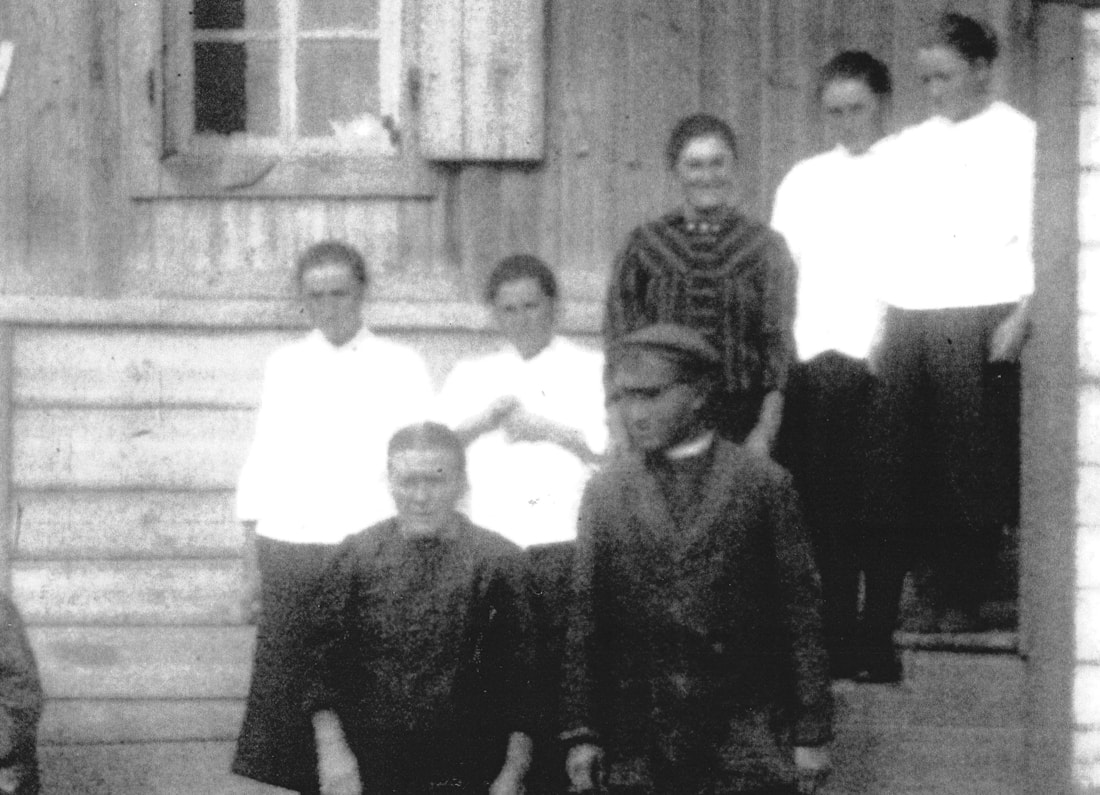 The Henry and Dorothea Krieger family in 1928. The women wearing white blouses are the daughters of Henry and Dorothea. The woman in the darker blouse was a maid. Source: A frame from the film made by Heinrich Wacker in 1928.
Nicolaus Krieger died sometime after 1928 and was buried in the Norka cemetery.

The collection of Lois Klaus courtesy of Lynn Huber.

If you have additional information or questions about this family, please Contact Us.
Last updated April 12, 2019.